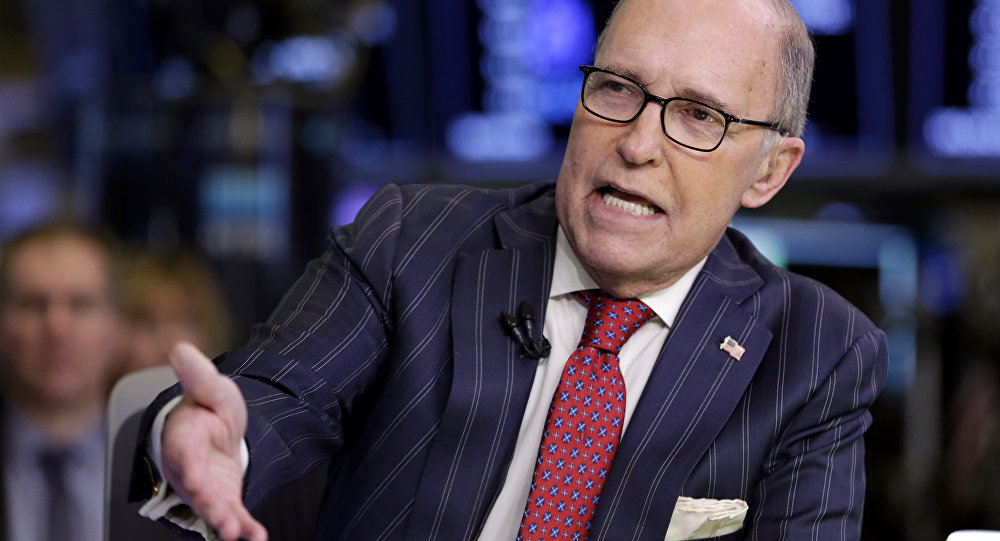 Trump announced Kudlow suffered a heart attack a mere 25 minutes before the US President was slated to meet with Kim Jong Un of North Korea at the Capella Hotel in Singapore.

Kudlow replaced former adviser Gary Cohn as director of the US National Economic Council on April 2, 2018. Kudlow is 70 years old and began his career at the New York Federal Reserve as a junior staff economist prior to taking a private position on Wall Street.

The adviser made headlines over the weekend amid Trump's tariff tiff with Canadian Prime Minister Justin Trudeau, telling CNN that the PM "stabbed us in the back." Kudlow took part in the G-7 negotiations in Quebec, Canada.

White House Spokeswoman said that despite a reported heart attack Larry Kudlow was "in a good condition." According to Reuters, Kudlow's wife, Judy Kudlow, confirmed her husband was "doing fine." 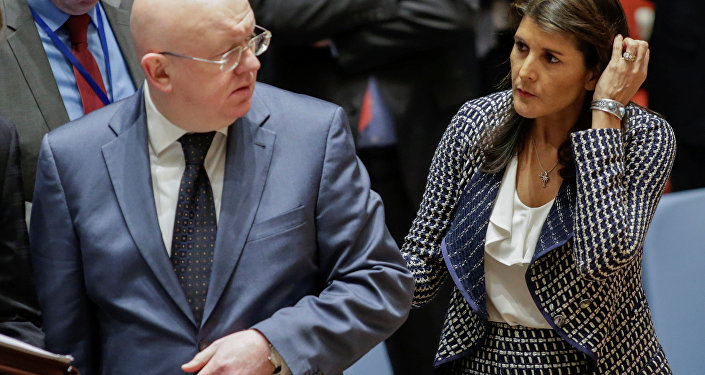 © REUTERS / Eduardo Munoz
‘I Don’t Get Confused’: US’ Haley, Kudlow Can’t Get Story Straight on New Russian Sanctions
Kudlow, like many close associates of Trump, also has several stints in the media including as an economics editor for the National Review Online and co-hosted Kudlow & Cramer, a business show that aired weekdays from 2002 to 2005 on the CNBC network.

When his co-host Jim Cramer left the show in 2005, the program was renamed to Kudlow & Company before it went on haitus, only to re-appear as "The Kudlow Report" a year later, running until 2014. He has also written for the Wall Street Journal, the Washington Times, and the Cato Institute's Cato Journal, among other publications.