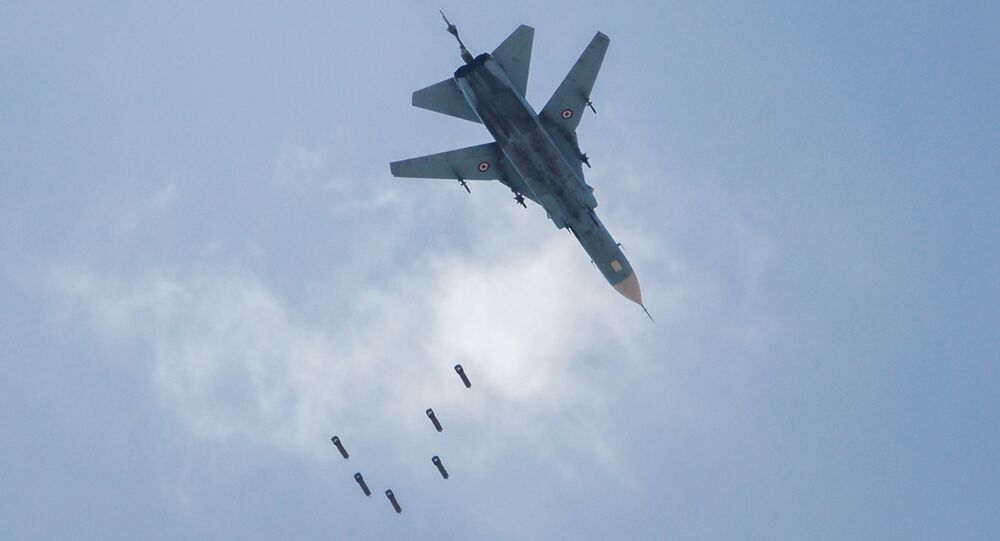 Israeli warplanes launched a widescale attack against Syria last week, claiming to have targeted military facilities operated by Iran’s Revolutionary Guard Corps (IRGC.) Damascus quickly dismissed these claims, and said numerous troops from the Syrian Army, in addition to other military personnel, were killed in the series of strikes.

Alaeddin Boroujerdi, chairman of Iran’s Shura Council’s Committee for Foreign Policy and National Security, said today that the Syrian Army has proven itself to be one of the strongest forces in the Middle East, the Syrian Arab News Agency (SANA) reported, citing al-Alam TV.

The senior Iranian official went on to warn Tel Aviv that it’s “playing with fire” and will “lose,” alongside the US, if it continues to mount military operations against Syria.

On May 14, he also reaffirmed Syria’s right to retaliate in the event of any further aggression by Israel.

The Israeli Defense Forces (IDF) have intensified their attacks against the Syrian Army in recent months, insisting that they are acting in their national security interests to prevent Iran and Hezbollah from setting up permanent facilities in Syria, which they could utilize to launch attacks against Israel in a future regional conflict.

© Photo : Youtube / syrian ministry of defense
Israeli Weapons Among Arms Handed Over to Syrian Army By Terrorists in Damascus
Hezbollah militants and advisors from the IRGC were deployed to Syria in the infant years of the conflict, and have both played pivotal roles in ousting hardline Islamist militant groups, including *Daesh, from large swathes of the Arab Republic over the course of the multi-year war.

The Syrian government has accused Tel Aviv of aiding terrorists, especially in southern Syria and Damascus, by carrying out artillery attacks and airstrikes against the Syrian Army, and by providing terrorists with armaments.

READ MORE: Israeli Weapons Among Arms Handed Over to Syrian Army By Terrorists in Damascus