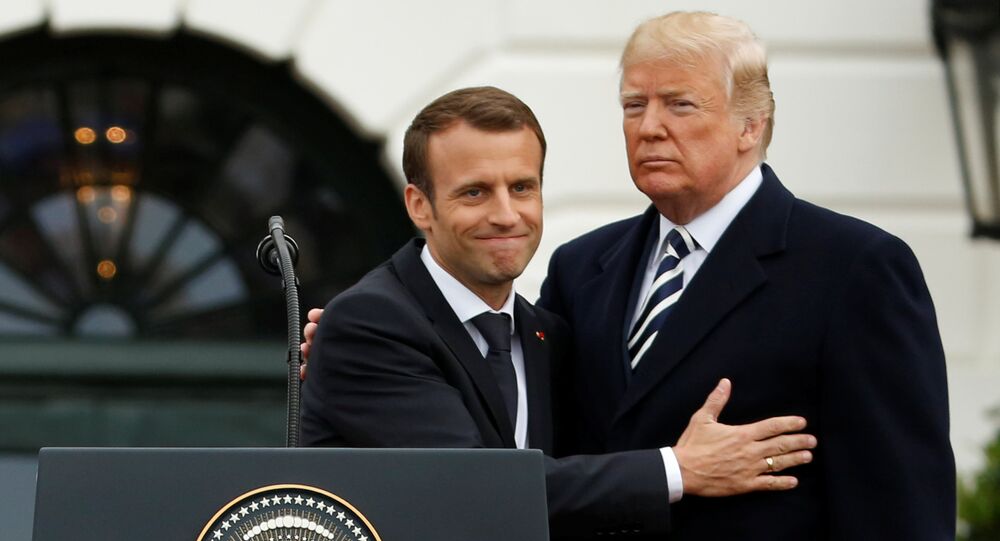 © REUTERS / Kevin Lamarque
‘We Have to Make Him Perfect': Trump Wipes Dandruff Off Macron's Jacket (VIDEO)