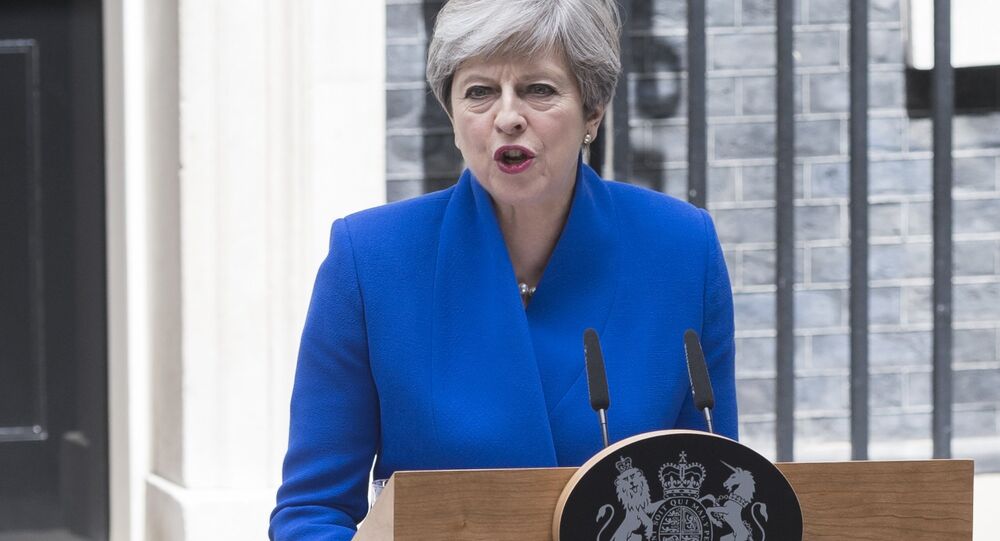 According to a new statement from Downing Street, the United Kingdom's prime minister and top-level advisers "agreed on the need to take action to alleviate humanitarian distress and to deter the further use of chemical weapons by the Assad regime."

"Following a discussion in which every member present made a contribution, Cabinet agreed it was vital that the use of chemical weapons did not go unchallenged," the UK Cabinet said Thursday.

UK Prime Minister Theresa May seems to have concluded the alleged gas attack by the Syrian government in Douma was "a shocking and barbaric act," according to the statement. Just earlier this week, however, the UK envoy to the United Nations expressed support for sending the Organization for the Prohibition of Chemical Weapons to the site to conduct a fact-finding mission and more thorough investigation.

​"In response to media queries, the spokesperson for the Organization for the Prohibition of Chemical Weapons confirms that the OPCW Fact-Finding Mission team is on its way to Syria and will start its work as of Saturday, 14 April 2018," the OPCC announced via Twitter on Thursday.

​"Cabinet agreed the Prime Minister should continue to work with allies in the United States and France to coordinate an international response," the British government said.

For it's part the United States has been all over the board with regard to possible missile strikes. US President Donald Trump warned on Wednesday "Get ready Russia, because they will be coming," making reference to missiles. "They will be coming, nice and new and 'smart!'" the president threatened.

By Thursday, Trump backed off the threat, tweeting, "Never said when an attack on Syria would take place. Could be very soon or not so soon at all!" Of course, just before the alleged chemical gas attack took place in Douma, an event whose details remain murky at best, Trump promised the US would be exiting Syria "very soon."

"No final decision has been made. We are continuing to assess intelligence and are engaged in conversations with our partners and allies," the spokeswoman added.

For a dose of perspective, before stepping into power, Trump adamantly opposed deeper US intervention in Syria going back five years ago.