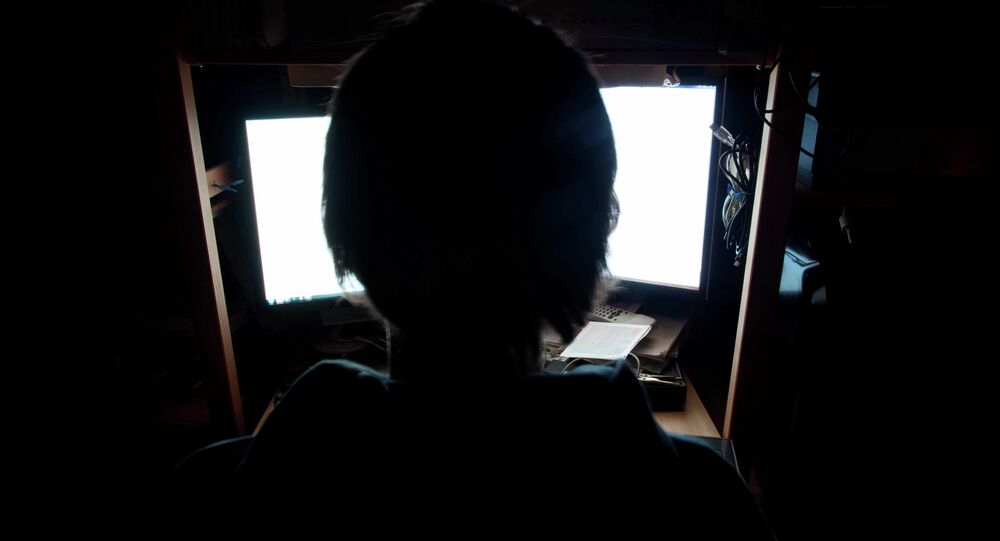 The US Department of Homeland Security (DHS) is in search of a contractor to build a database and dashboard to monitor hundreds of thousands of news organizations and journalists - and even to determine their “sentiment.”

An April 3 contract listing on a government-run federal business opportunities website seeks "media monitoring services" for the DHS. Already, at least seven companies have applied for the DHS contract. It is unclear how much the contract pays.

While "media monitoring services" may sound innocuous, details in a "Request for Information" (RFI) on the government website outline DHS's plan to build what some are calling a "panopticon."

"Services shall enable NPPD/OUS to monitor traditional news sources as well as social media, identify any and all media coverage related to the Department of Homeland Security or a particular event," the RFI reads. "Services shall provide media comparison tools, design and rebranding tools, communication tools and the ability to identify top media influencers."

The contract seeks applicants to complete five tasks: monitoring online activity and social media; creating a media intelligence and benchmarking dashboard platform; setting up an individualized email alert system; creating a password-protected mobile app for DHS personnel; and developing functionalities for engagement with the media. The RFI elaborates on each task.

The statement of work for the media monitoring services contract includes the requirement that its applicants are able to track more than 290,000 global news sources from media including online, print, broadcast, radio, trade and industry publications, local sources, national/international outlets, traditional news sources and social media. DHS also aims to be able to track such coverage in more than 100 languages and to have a function which can translate them immediately.

Sputnik spoke with CIA agent-turned whistleblower John Kiriakou, who co-hosts Loud & Clear on Radio Sputnik, about DHS's planned database. "This sounds like something offensive," Kiriakou said, questioning why DHS, a law enforcement agency, is in the business of "tracking media outlets and bloggers. What's the purpose when it's already done in government, in the intelligence community? It seems to me that this could be used to intimidate people, especially people without the resources to defend themselves."

Beyond just tracking the news, DHS plans to monitor it with a dashboard platform. Such a platform would help organize the news based on "beat, location, outlet type/size and journalist role." It would also analyze media coverage "in terms of content, volume, sentiment, geographical spread, top publications, media channels, reach, AVE, top posters, influencers, languages, momentum [and] circulation."

The database would also include "present contact details and any other information that could be relevant, including publications this influencer writes for and an overview of the previous coverage published by the influencer," for each "influencer" tracked by the system.

"My guess is that this is something that could end up being decided in the courts," Kiriakou told Sputnik.

"I don't believe it's standard. Certainly this is not something that was done when I was in government. This is new," Kiriakou said in response to DHS spokesperson Tyler Houlton's statement on Twitter. "What is standard is opensource.gov, formerly known as the Federal Broadcasting Information Service. It's a component of the CIA that deals only in open-source intelligence. And what they do is they have translators all around the world that translate foreign newspapers, radio and television broadcasts, things like that, for the purpose of then disseminating that information, those translations, to the intelligence community so that analysts can better analyze the issues that they cover," Kiriakou said, adding that "this sounds like something different."

DHS also requires the contracting company to create a platform with the ability to "export the contact details of the media influencers."

© CC0
Who Watches the Watchers?: US Homeland Security Warns of Rogue Phone Spying Devices in DC

Many of the services that the department is seeking were once available to them, including real-time tracking. Dataminr, a Twitter-owned news discovery tool that combs through billions of tweets in real time, "senses critical events as they happen and alerts professionals in news, finance, public sector, corporate security and communications faster than traditional sources," according to Dataminr. It's able to do all of this with the help of artificial intelligence and Twitter's Firehose, which is the only way to access 100 percent of tweets on the platform in real-time.

Dataminr nixed their contract with DHS in December 2016, cutting off dozens of fusion centers from real-time analytics from their platform after Twitter said its platform wasn't meant for surveillance. Dataminr also dropped their contract with the CIA, as it is technically an intelligence agency, but not the FBI, as it is technically a law enforcement agency.