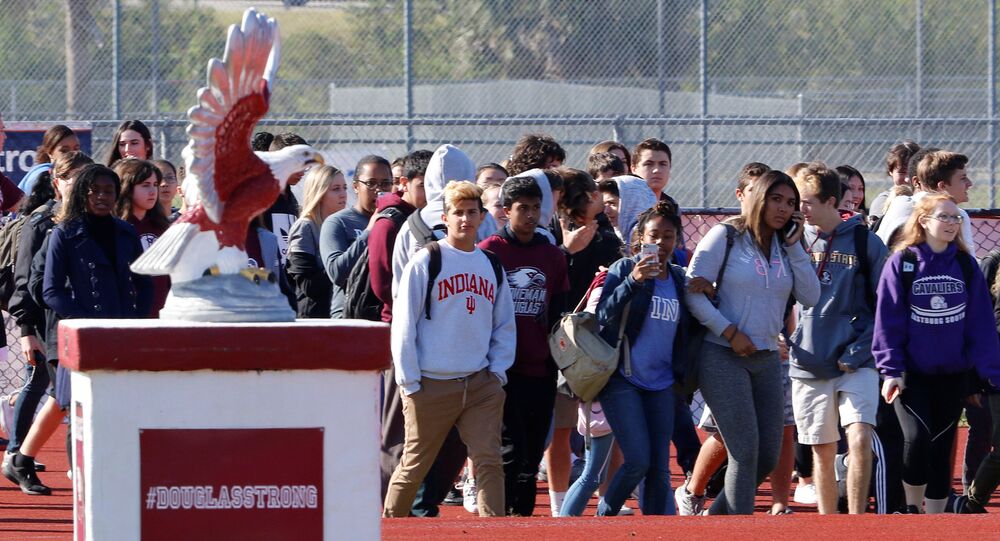 As America wrestles through the wake of the mass shooting in Parkland, Florida, that took the lives of 17, and on the heels of one of the largest protest events in US history, a new poll on teachers’ job dissatisfaction may shed some light on how the country comes to terms with mass violence.

More than one-in-five K-12 teachers in the United States have considered leaving the profession over safety concerns in the classroom. The statistic comes from a Gallup survey of almost 500 teachers and is nationally representative.

Two-in-five teachers say say that their schools are not well-protected. Often times in cases of mass shootings at schools, officers have not provided extra safety. Moreover, the question of whether to arm teachers themselves remains a contentious point of debate. One school in Pennsylvania has even decided to arm students with rocks, who could then stone a school shooter.

However, most teachers think that being armed is not a good solution, with 63 percent "strongly opposed" to the idea; 47 percent think it would be "not effective at all" and 58 percent believe the proposal would actually make schools less safe than they are now. Most favor policies like restricting access to assault weapons and other gun control measures.

The poll reveals that 20 percent of teachers agree that armed staff members would make schools safer and that 18 percent would be willing to go through special training to carry a gun in the classroom. A whopping 42 percent of Americans overall, however, favor special training and firearms for school instructors, a separate Gallup poll revealed.

Teaching are not among the top ten most fatal professions listed by the Bureau of Labor Statistics, though.

Following the Parkland shooting, a national "March for Our Lives" protest was held to criticize Congressional inaction on gun reform, becoming one of the largest protests in US history with 2 million participants, according to the Washington Post.

Even before the march, the story of the shooting at Marjory Stoneman Douglas High School, the ninth-largest mass shooting in modern US history, showed signs of its staying power early-on. Typically, searches for "gun control" wane after a week or two, according to a Mashable analysis of Google searches after major mass shootings, but in the case of Parkland those search terms held strong for much longer.

Gallup's polling of teachers was conducted just weeks after the shooting, so that proximity could affect outcomes. Nonetheless, the 20 percent of teachers who have considered leaving their jobs over safety concerns doesn't indicate a lack of cool-headedness. Only 9 percent of teachers reported being "very worried" about being a victim in a mass shooting, with 27 percent "somewhat worried." Meanwhile, 8 percent say their students are very worried and 37 percent say they're "somewhat worried." Inversely, 64 percent were "not too worried" or not worried at all.

EXCLUSIVE: US Must Avoid 'Kneejerk Reactions' to Maryland School Shooting