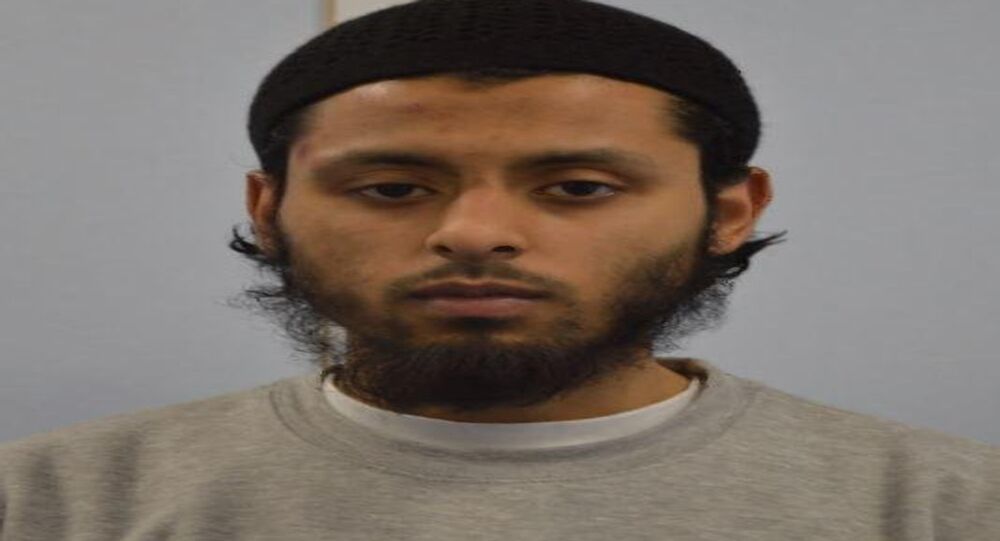 As Man Jailed for Radicalizing 'Army of Children' Can UK Get Grip on Madrassahs?

A man who was employed by a Muslim school in east London has been jailed for 25 years after being convicted of plotting a series of terror attacks using an "army of children". Sputnik investigates why, despite political rhetoric, Islamic schools and madrassahs in Britain remain unregulated.

Umar Haque worked at several Islamic schools and madrassahs in east London, where he had access to dozens of boys, who he radicalized by showing them beheading videos and Daesh propaganda.

One of the institutions he worked at was the Ripple Road Mosque in Barking, east London, where despite being employed as an administrator he was given access to dozens of children.

In a five-hour phone conversation in March 2017 — which was recorded by police — Haque told a friend he had radicalized 16 children.

The Metropolitan Police moved in to arrest Haque, a Daesh sympathizer, and two other men.

Teacher Umar Haque, 25, who tried to turn his pupils into an army of junior jihadis, ranted about 'the end Western domination' as he was dragged to the cells

Social workers and police officers realized Haque had attempted to radicalize 55 children aged between 11 at 14 while working at Ripple Road Mosque.

He also had access to children at the Lantern of Knowledge Islamic School in Leyton, which was ironically given a glowing report by Ofsted only months before he was arrested.

Speaking after the trial, Security Minister Ben Wallace had welcomed the conviction of Haque and his co-defendants.

© Photo : Metropolitan Police
This marquee at the Ripple Road Mosque in Barking was where radicalized young boys

"This government is unwavering in its resolve to combat all forms of terrorism, whatever the underlying motivation. This case raises some important issues, including the fact that some extremists are targeting children, and we are working to address what lessons need to be learnt to protect young people from radicalization and ensure people like Haque aren't able to do this again," said Mr. Wallace.

3. Despite this “priority” terrorist suspect having already been detained by the police on suspicion of travelling to Syria in mid-2016, he continued to work at both the Lantern of Knowledge school and the Ripple Road mosque into late 2016. pic.twitter.com/U5WYLoh0p1

In 2014 a 'Trojan Horse' plot to introduce Islamization was discovered in several state schools in Birmingham.

The then Education Secretary Michael Gove said in response that all schools in England  would have to promote "British values" such as tolerance and fairness and two years later his successor, Nicky Morgan, unveiled a raft of measures to tackle the "spell of twisted ideologies".

Morgan was later sacked after Theresa May replaced David Cameron as Prime Minister and in January her successor Justine Greening was also forced out in another Cabinet reshuffle, replaced by Damian Hinds.

But amid the musical chairs at the Department of Education it appears that little has been done to get to the heart of the problem with Islamic schools and madrassahs.

While schools like the Lantern of Knowledge are inspected by Ofsted, madrassahs — which tend to meet after school in mosques — are not monitored by Ofsted and the only regulation they face is from the Charity Commission.

On Tuesday, March 27, Haque was jailed for life, within a minimum term of 25 years.

Madrassahs Are Not Monitored by Ofsted

After Haque's conviction Ofsted's Deputy Chief Inspector, Matthew Coffey, hinted heavily that the government needed to give them the power to inspect madrassas.

"Ofsted is committed to protecting children from harm, including radicalisation. However, our ability to do so is hampered by limitations on our powers. We have no ability to inspect out-of-school settings, such as madrassahs, and we believe greater powers in this area could help keep children safe in the future," said Mr. Coffey.

"It is of deep regret that this individual was able to work within the independent school system and expose his warped ideology to children," Mr. Coffey added.

The Charity Commission launched an investigation into the Ripple Road Mosque madrassah, which is also known as Essex Islamic Academy, in October last year.

"Once the Commission has completed its investigatory enquiries, it will deal with any failings or evidence of misconduct or mismanagement by taking appropriate regulatory action," the commission, said in a statement after Haque's conviction.

Inquiry to Consider Why Haque's Activities Not Spotted

Their investigation will consider how Haque was able to attempt to radicalize children and what the trustees and others at the mosque knew about his activities.

Haque will be sentenced along with Abuthaher Mamun, 29, who tried to raise money to fund the terror attacks, and Muhammad Abid, 27, who encouraged Haque's plan for the "annihilation" of police officers and members of the public.

"Haque was a dangerous man who was inspired by attacks in Europe and Westminster. He wanted to orchestrate numerous attacks at once, using guns, knives, bombs and large cars to kill innocent people," said Commander Dean Haydon, head of the Metropolitan Police's Counter Terrorism Command.

"We recovered a number of exercise books from his home and it was evident from his notes that his plan was a long-term one. He intended to execute his plan years later, by which time he anticipated he would have trained and acquired an army of soldiers, including children," said Cmdr. Haydon.

He said Haque had showed the children horrific videos of executions and other violence in the Middle East.

"They told police how Haque made them roleplay terrorists and police officers, with the children acting as terrorists being made to stab the 'police officers' to death. The children were paralyzed by fear of Haque, who they understood to have connections to terrorists and who essentially told them that a violent fate would befall them if they told anyone what he was doing. They were too afraid to confide in anyone," said Cmdr. Haydon.

© Photo : Metropolitan Police
Muhammad Abid (pictured) was a confidante of Haque's as he developed his plan and made no attempt to report Haque

A Department of Education spokesperson said they were working with Ofsted, the Ministry for Housing, Communities and Local Government, local councils, the police and the Charity Commission to support the families affected by the Haque case and "address what lessons need to be learned."

"The vast majority of mosques and supplementary schools including madrassahs do good work and are an important resource in local communities," said Michelle Russell, the Director of Investigations, Monitoring and Enforcement at the Charity Commission.

"What happened clearly damages the trust and confidence the children's parents had in the charity he was employed at, as well as wider public confidence. We and the public expect charities, particularly those working with children and young people, to be safe places, free from abuse or harm. This was not the case here, where Mr Haque grossly abused the trust placed in him because of his position and teaching role," Ms. Russell added.