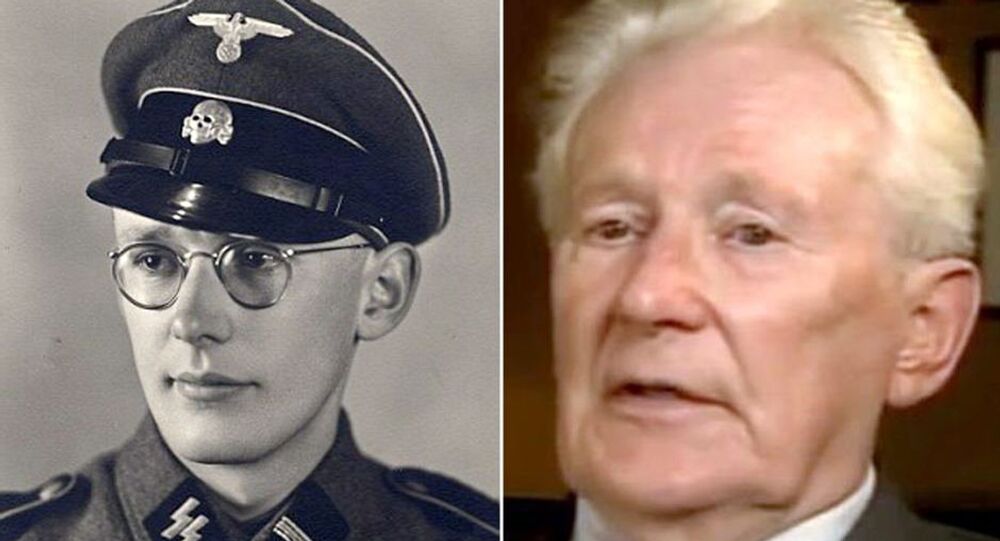 'Bookkeeper of Auschwitz' Dies at Age 96, Before Sentence Starts

In 2015 Oskar Groening, commonly referred to as "Bookkeeper of Auschwitz," was sentenced to four years for his role as an accessory to the murder of 300,000 Jews out of an estimated 1 million victims at the Auschwitz concentration camp.

Oskar Groening, one of the last people to be convicted for Nazi crimes has died at the age of 96, the Der Spiegel magazine wrote on Monday.

It is reported that he did not personally partake in any crimes, but counted cash taken from victims on their arrival at the camp on the occupied Polish territory and sent it to the SS Berlin offices where it was used to finance the Nazis' gruesome criminal acts.

Groening earlier admitted he was morally guilty for the work he had conducted at Auschwitz camp, thus facilitating the Nazi effort.

He was in hospital when he died and had yet to begin his sentence, which was delayed due to ill health and legal red tape.

A terrifying six million Jews were murdered in the Holocaust, or the Shoah, during World War Two. Jews were targeted for killing as part of a larger-scale event involving the persecution of other groups, among others the Roma and the so-called "incurably sick", as well as Nazis' political opponents, homosexuals, Jehovah's Witnesses, ethnic Poles and a number of other groups.