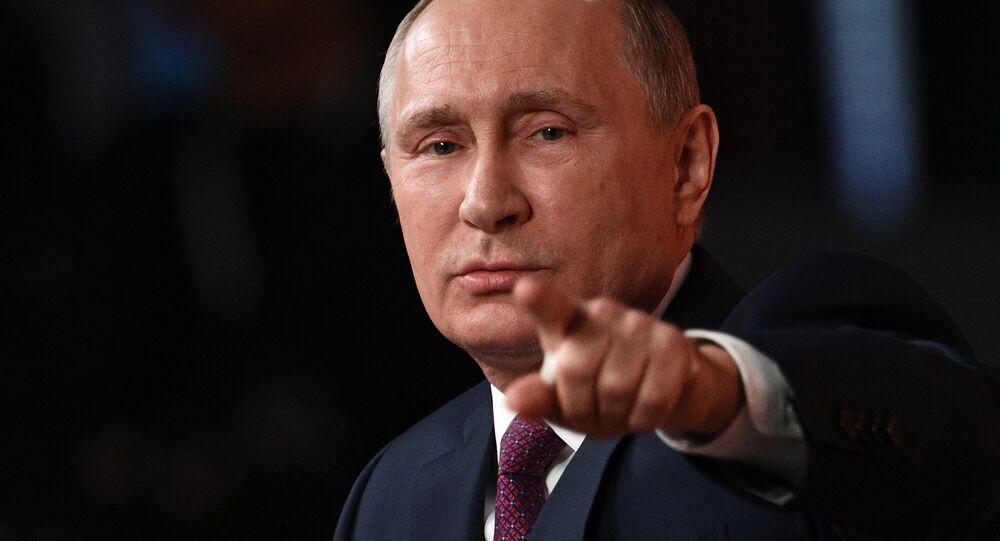 Putin Warns We May Be Facing the Rise of the Machines

Russian President Vladimir Putin has admitted the danger of human workers being replaced with AI-driven robots. The statement came as he was visiting the Uralvagonzavod factory in Nizhny Tagil, 25 kilometers east of Russia’s Europe-Asia border.

One of the factory workers shared his concerns with the president that his place might be taken by a machine one day.

"Is there a danger of it?" "Yep, such a threat exists. But to prevent it from happening, one needs to be prepared for it," the Russian president famously remarked.

Separately, Putin has underscored that the creative potential of a human being will never be rivaled by artificial intelligence.

On 21 September 2017, President Putin briefly spoke to the pinnacle of engineering development, the robot Alice while on a visit to the Moscow office of the Russian search giant Yandex. When Putin asked her if anybody hurts or insults her in the company, the voice assistant did not give a direct answer.

Earlier he revealed that artificial intelligence, focused on human cognition, is what the future has in store for Russia and all the rest of the world, adding that no one would be left "at the end of the line."

READ MORE: Fly in the Ointment: Google CEO and Other Tech Luminaries Highlight Risks of AI