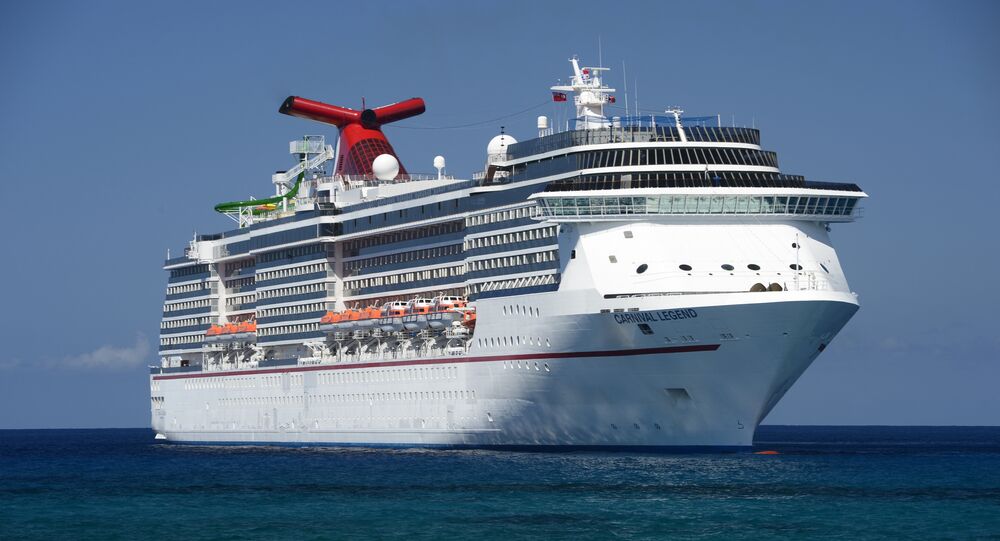 Nobody could have guessed that a relaxing ten-day South Pacific cruise along the picturesque shores of southeastern Australian would have led to complete disaster.

In shocking footage obtained by the radio station 3AW, both women and men aboard the cruise ship Carnival Legend engage in a violent all-out brawl, prompting the ship's security guards to intervene and leaving some victims with severe cuts and multiple bruises.

Australian guests aboard the ship, which was due to dock in Melbourne, its home port, earlier this year, have claimed that there was more than one clash involving two groups of roughly 30 belligerent passengers, who went as far as threatening to stab each other and toss each other into the sea.

If Carnival Australia are going to offer treading massage as a cruise activity they should employ qualified masseurs rather than having security staff giving passengers a head to toe kickinghttps://t.co/1S32OK5PsK

Some guests, many of whom were cruising with young children, went as far as to describe their voyage as the "cruise from hell," alleging that the security staff had attempted to destroy images and footage from the incident.

As the feud turned into a real "bloodbath" in front of everyone's eyes, the security personnel had to call the local police at the port of Eden in New South Wales, where the ship had to make an emergency stop to remove the bellicose passengers.

Overall, seven people, six men and a woman, were arrested and escorted onshore.

Responding to the incident, Carnival Cruise Lines have released a statement saying the company pursued the zero tolerance policy towards abusers and acted accordingly.

Aeroflot Announces Passengers Unable to Depart From US Since January 4