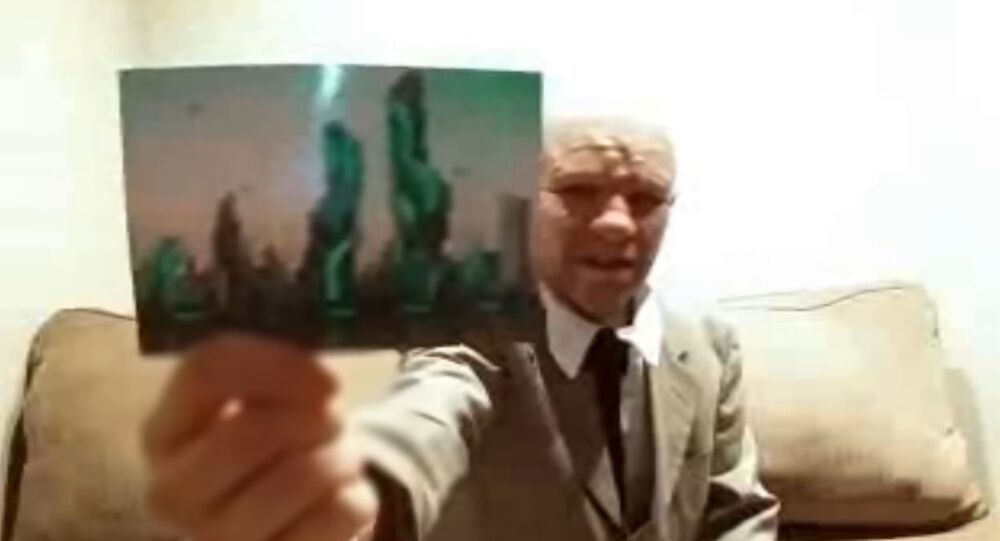 Extraterrestrials Are Real: WATCH Guy Demonstrating Proof of His Trip to 2118

Believe it or not, there is a man who claims he travelled to the future and back to the 80s, while on a "top secret" CIA mission. He even says he has tangible proof.

He has shown a picture that he asserts he made during one of a string of adventurous leaps through time to as far ahead as 2118 while working for the CIA in 1981, according to a video posted by Apex TV.

He said there was a lot of risk associated with the move, but this could not stop the alleged former intelligence staffer from performing the feat. Similarly, he ran no less risk when giving an interview, Mr. Smith stressed.

That chap who says he time-travelled to 2118…

Well, he says "number one threat to humanity" in 2118 is "global warming, rising sea levels, increase in CO2 in our atmosphere".

I don't think he need to bother with time-travel to work that outhttps://t.co/0tvhkO0TF5

READ MORE: Is There Life Out There? Mysterious Space Stone Raises Questions

When asked for evidence, he reached out to his inside pocket and retrieved a picture featuring tall, greenish futuristic-looking buildings.

Mr Smith, who claims he is putting his own life at risk by being interviewed, also revealed that when aliens arrive, they will visit the world’s top officials.

He added: “Aliens do visit us, there are intelligent extraterrestrials that do come to Earth, and this is in the mid-21st century. The extraterrestrial threat shouldn’t be dismissed, he stressed, since, although aliens do not necessarily live among us, they come to visit on a regular basis.

He went on to ponder on the most substantial dangers of our era, which shouldn't sound surprising:

"The number one threat to humanity as we know it is global warming, rising sea levels as well as the increase in CO2 in our atmosphere."

But he's not the first one to come up with surprising allegations and eyebrow-raising time travel stories this week.

A man nicknamed Noah, who allegedly arrived from the year 2030, passed a lie-detector test to better prove to the general public that he really knows what the immediate future holds for us, the Sun reported. Among his claims are that Donald Trump gets re-elected in 2020 and following a sweeping revolution in AI, top-notch computers will be worn like Google glasses.

One of the most recent claims, though, came from another alleged time traveler, William Taylor, who said that while working for the British government over a decade ago, he was sent to the year 8,973 in a specially-devised time capsule just to wake up in a complete utopia – with no disease, death or crime around, but inhabited by half-humans and half-robots.