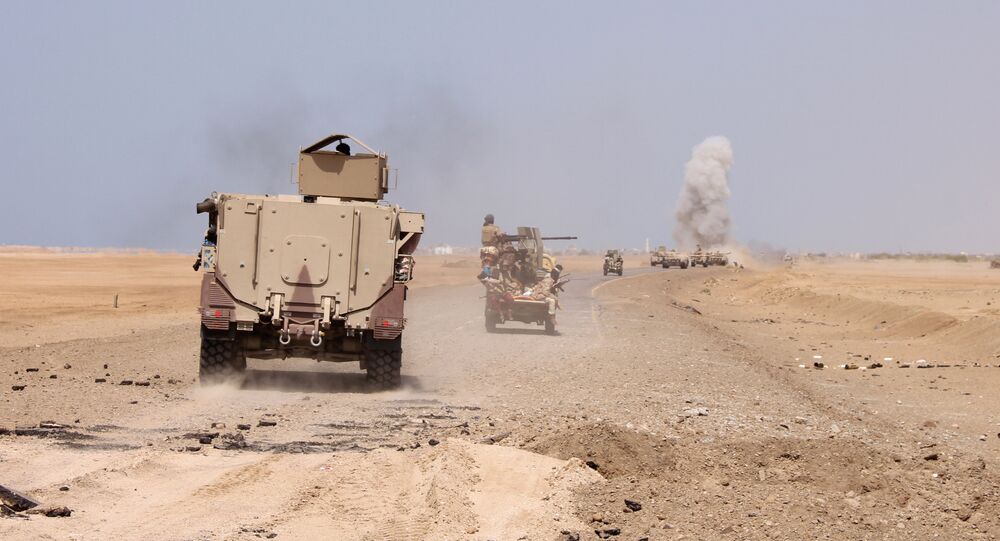 Yemen VIDEO: Truck Speeds Up to Avoid Being Hit by Houthi ATGM

An anti-tank guided missile has hit a truck carrying backers of Yemeni President Abdrabbuh Mansur Hadi in the province of Marib, according to a video that Yemen Observer published on Twitter.

The footage shows a number of people travelling in a pickup. Seconds later a missile reaches the vehicle and follows it for some time.

The driver makes an attempt to get away from it, but fails.

Following the explosion, the truck catches fire, prompting the passengers to jump out of it. The video features them struggling to stop their clothes from burning.

There are no reports on the exact number of casualties in the strike.

Since 2015, Yemen has been engulfed in a violent civil standoff between the government, headed by President Hadi, and the Houthi movement (namely Ansar Allah) first backed by former Yemeni leader Ali Abdullah Saleh. The conflict escalated in late November 2017, when clashes in Sanaa between the Houthi rebels and Saleh's  military units broke out. On December 4, weeks after announcing the end of his alliance with the Houthis, Saleh was assassinated by the rebels.

HBCUs on the Rise; Prisoner Movements; War Escalates in Yemen