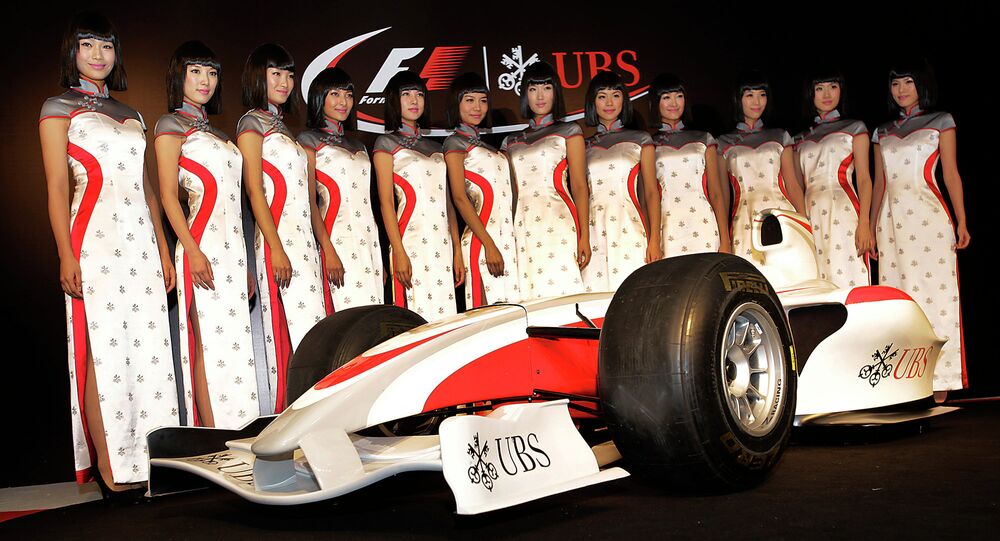 For decades they have provided a certain sparkle and beauty to the world's most glamorous sport - now Formula 1 organizers have shunted the 'Grid girls into the sidelines just days after dart bosses sparked controversy by dumping its walk-on models.

They have become an integral part of sexing up the image of motor racing, an army of beautiful models parading up and down the pit lane and starting grid — until now, that is, as Formula 1 bosses have announced they are ditching the so-called Grid girls when the new 2018 season gets underway in Australia in March.

Liberty Media, the sport's American owners, has confirmed they will no longer be employed amid the growing clamour by the sports world not to objectify women following a campaign by snowflakes.

"Custom does not resonate with our brand values" https://t.co/zKqSwM8EUU

​Grid girls will not feature in Formula 1 from 2018 season

The sport says the practice is "clearly at odds with modern-day societal norms"https://t.co/qvMTWaRQ5s #SkyF1 pic.twitter.com/xnGvkEGEZZ

Making the announcement on January 31, Sean Bratches, managing director of commercial operations, said the change would be made "so as to be more in tune with our vision for this great sport."

"While the practice of employing grid girls has been a staple of Formula 1 grands prix for decades, we feel this custom does not resonate with our brand values and clearly is at odds with modern day societal norms," he added.  "We don't believe the practice is appropriate or relevant and its fans, old and new, across the world."

The decision comes just weeks after Ross Brawn, F1 managing director of motorsports, revealed the use of female promotion models was "under review."

The end of F1 grid girls: Have your say on the move in our poll:https://t.co/UlbT3OPIY8 pic.twitter.com/YpqgUohlXv

IT's because Alfa Romeo is back and they always have the hottest chicks so the ther teams must be moaning   hahaha #f1 @SauberF1Team pic.twitter.com/oymIcKYdKP

​I am all for F1 no longer using grid girls providing every single driver has to have overalls resembling something like this… pic.twitter.com/7ixGl5qkhP

The girls are models used to conduct certain promotional tasks, normally wearing clothing bearing the name of a major F1 sponsor. Their duties largely included holding umbrellas or driver name-boards on the grid as well as guiding the winning drivers onto the podium at the end of the race.

© Sputnik / Alexey Kudenko
As Darts Drops Walk-On Girls, ‘Snowflakes' Could Target All Sporting Eye Candy
Their use has become the subject of much debate of late as social attitudes have changed. The Professional Darts Corporation became the first to act when it announced last week walk-on models will no longer be used at its events.

The move has, however, sparked great controversy with the Women's Sport Trust welcoming the decision, while others including British model and actress Kelly Brook has attacked it and accused darts bosses of caving in to snowflakes.

Other sports such as boxing and cycling which have also  previously used promotional female models at its major events are believed to be considering their future positions.

'We Only Come in a Double Pack': Meet Instagram's Hottest Twins (PHOTOS)