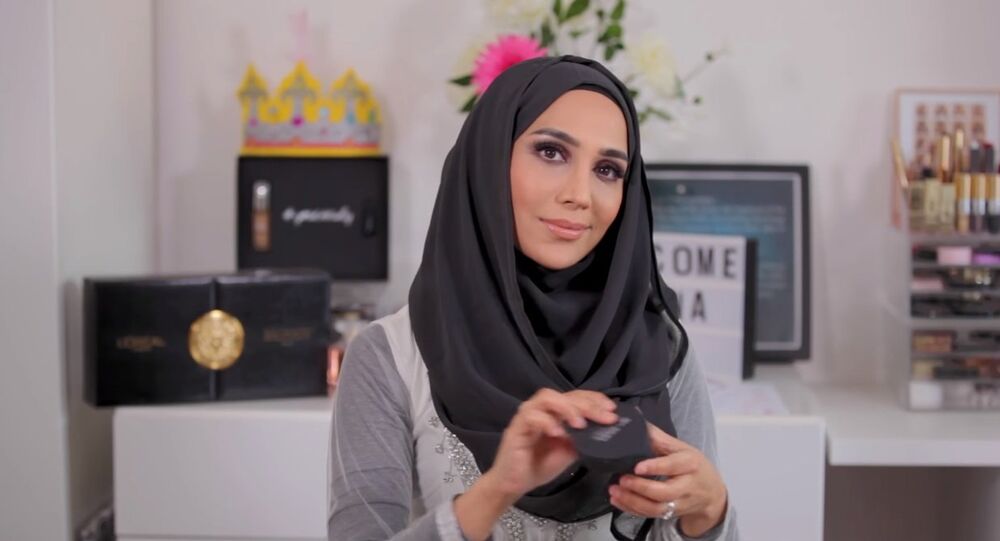 Just days after making headlines as the first ever hijab-wearing woman to star in a shampoo commercial, model Amena Khan has stepped down, facing a backlash over her anti-Israel tweets from 2014.

Commenting on Twitter on Monday, beauty blogger and social media activist Amena Khan said that she regrets the posts she made earlier on Twitter and is quitting the ongoing l’Oreal promo-campaign for haircare products. The move has prompted vivid reactions on Twitter and in comments on the websites of media outlets reporting on it.

Khan’s earlier tweets included her universally quoted statements that Israel is a nation of "child murderers" and an "illegal state." In others she called Israel "sinister" and assumed that it would be defeated one day. She announced that she had deleted the tweets, since they failed to stand for the harmony she regards herself an advocate of.

The Twitterati community appeared to be divided into pro-l’Oreal commentators and, conversely, those speaking out for the free speech as an indispensable human right, as well as Palestine supporters.

A British Muslim woman has been hounded out from an ad campaign for being critical of Israel. So criticising countries is racist now?

Where are those defenders of free speech now? 🙄https://t.co/7Vglcb7nDs

This is called winning the culture war. 👊🏻 https://t.co/5bmtpB6XiB

Amena Khan, the Muslim model who was sponsored by L’Oreal, was made to step down after her 2014 tweets criticizing Israel’s brutal attacks on Gaza went viral and caused an uproar. I’m not sure why she apologized. L’Oréal should be apologizing.

Maybe, I won't boycott L'Oreal… They finally did something right.

Some must have mistakenly taken the model's voluntary quitting as a sack initiated by l'Oreal UK:

Others could not stay away from speculations over the antisemitism that they say is obvious in Khan's remarks:

I want to thank Amena Khan for using the L’Oréal stage to expose the ingrained hate in her heart for Jews, and the one Jewish State, Israel. Shukrun ya habibti, for proving my very old point re bias against Israel (Zion) as modern antisemitism.

The comments that have emerged online are greatly politicized, at least the ones that focus on "diversity" issues tabled by liberal democrats, as well as "inclusivity" propaganda:

L’Oréal’s judgement is seriously impaired.
Hiring a model for hair adverts who doesn’t show her hair to show how super diverse they are while she’s been getting down to some hardcore antisemitism.
Great brand ambassador you fools. https://t.co/uXKDq5ttjm

Some opinions trace back the history of Muslims and their involvement in crises in Lebanon, Egypt and others:
"Shhhhhh! She is a member of the RELIGION OF PEACE, poor girl, SHE IS ALWAYS A VICTIM IN HER HIJAB. Killing Christians in Egypt, losing Lebanon, Kosovo and Bosnia, more to come soon," one of the Internet users wrote.

Earlier, Khan announced that she was "incredibly proud" to be part of the "game-changing new campaign" launched by cosmetic giant l'Oreal UK on January 14, less than a week ago.

"I recently took part in a campaign, which excited me because it celebrated inclusivity. With deep regret, I've decided to step down from this campaign because the current conversations surrounding it detract from the positive and inclusive sentiment that it set out to deliver," she summed up.