The British island-territory of Bermuda has voted to end same-sex marriage, just months after its Supreme Court ruled in favor. This makes Bermuda the first country in the world to have legalized and then subsequently banned same-sex marriage.

According to Bermudian newspaper The Royal Gazette, the overseas territory's Senate  has voted 8-3 in favor of a bill replacing same-sex marriage with domestic partnerships, following an earlier vote in the House of Assembly (the lower chamber of the legislature), where the bill was supported 24-10. This means that the bill will now to be sent to the Governor of Bermuda to receive Royal Assent, formally approving the bill.

The "Domestic Partnerships Act" was introduced by the recently elected Bermudian Progressive Labor (PLP) Party government in November, and sought to replace same-sex marriages with domestic partnerships. While critics of the bill have lashed out at it, claiming that it is discriminatory, supporters of the bill see it as bringing the law into line with popular sentiment on the island.

"This minister has taken the balanced approach to governance. We have a Bill that gives rights to the minority, it also protects the interests of the majority," said PLP Senate Leader Kathy Simmons, according to The Royal Gazette.

The Bermudian media outlet reports that another backer of the bill, Independent senator James Jardine, says that it will extend the same rights to same-sex couples that married heterosexual partners enjoy.

"I think in this Bill one relationship is being called something different — but both are getting the same rights and benefits," Jardine said. 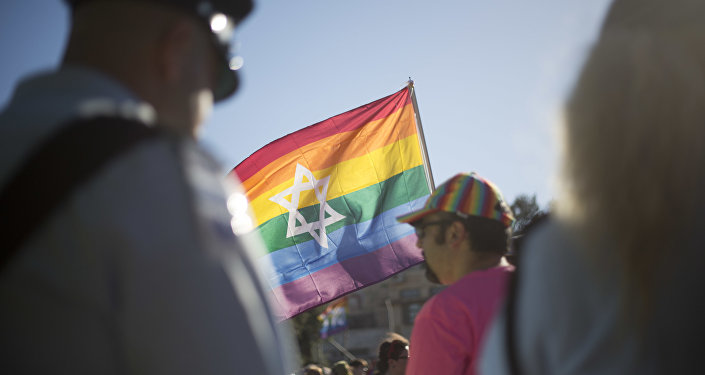 "This Bill in its simplest forms strips away rights from human beings," said Senate Opposition Leader Nandi Outerbridge, adding "We will be the first county that will reverse marriage equality."

While the Bermudian government and other backers of the bill cite the broad public opposition to same-sex marriage in the country, Twitter has seen a storm of angry reactions against the tiny country's decision.

Oh wow! Well GOODBYE #Bermuda Good luck getting even ONE #gaydollar out of me and ALL of my well traveled gay friends. #FUCKYOUBERMUDA #whatishappening #ohHELLno https://t.co/a8nz3JiPb8

My little #Bermuda — the first country in the world to ban same sex marriage after making it legal. What an absolute joke. I’m all for the country but part of me hopes this hurts us in some way to teach this idiotic government a lesson. #cowards https://t.co/LCNTVdGVw7

On May 5th, 2017, Bermudian Supreme Court Judge Charles-Etta Simmons ruled in favor of the legality of same-sex marriage under existing laws. The ruling came just over a year after a non-binding referendum was held, where nearly 70% of voters opposed same-sex marriage and civil unions. However, because the turnout did not meet the 50% minimum requirement, the result was deemed invalid.