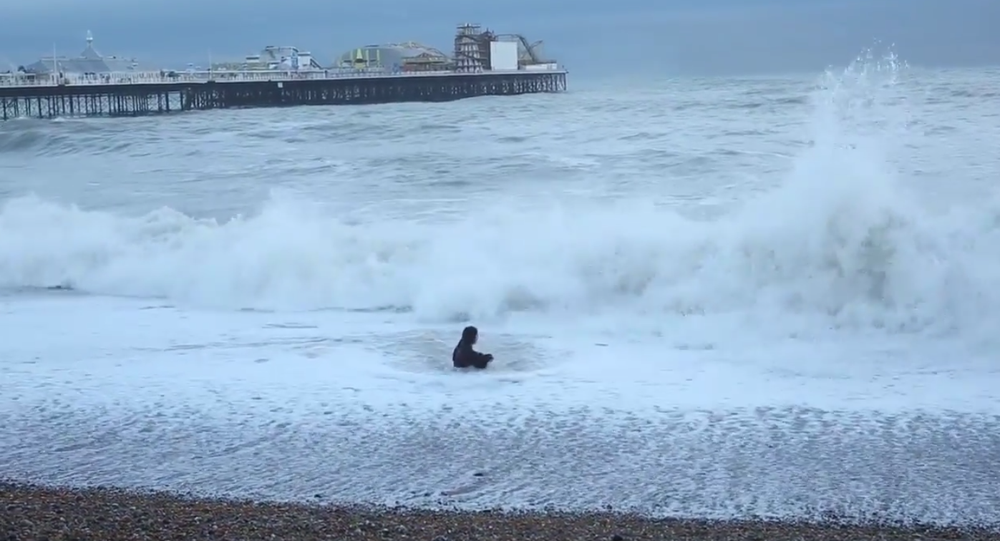 Amid the recent news that the European temperatures have hit an extreme low, a woman in Brighton, the UK, has performed a great feat struggling against the chilly sea waves.

The viral video, made by an onlooker, features a fully-clad woman plunging into the freezing water in a desperate attempt to save her dog after it was dragged out to the sea, British media reported.

The powerful tidal waves threw her back and forth, as her pet was struggling to keep its head above water.

The woman was already holding her dog, when another mighty wave swept her off her feet. The dog was finally brought to safety by a man who happened to be nearby: he dragged the pooch out of the water while the woman just sat down recovering from the shock.

The coastal guards said the bold rescue effort could have cost the lady her life, citing the extremely strong undercurrents in the English Channel.

Captain America Comes to the Rescue of Bullied Kid, Others Follow Suit