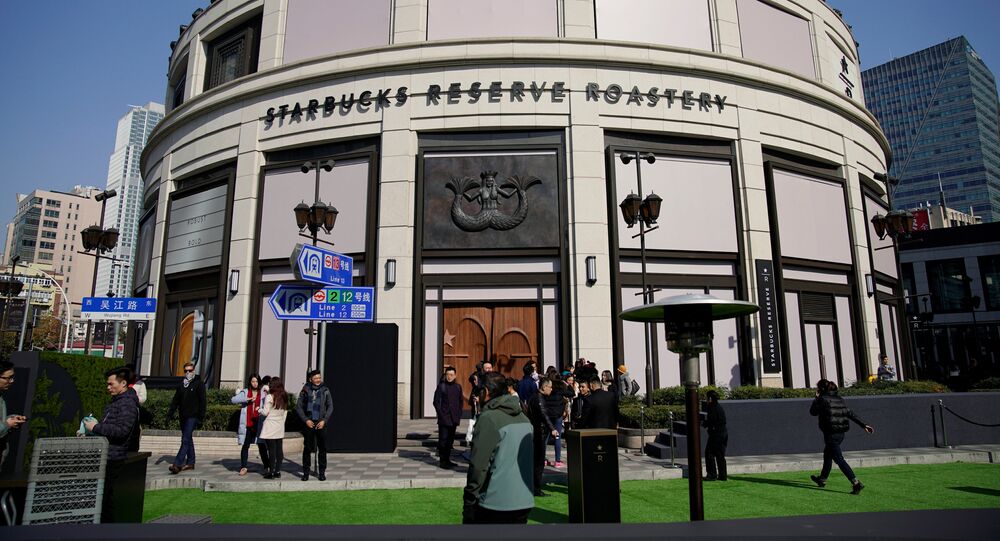 Starbucks, the Seattle-based coffee company, will open a 30,000 square-feet store in Shanghai on December 6.

Starbucks Corporation “is going venti” in China by announcing the opening of its largest cafe in the world – the first Starbucks Reserve Roastery outside the United States. It’s been three years since Starbucks introduced a brand-new line of Reserve cafes at home, and now the company is trying to win the Chinese market, where it has already opened at least 3,000 outlets — with its high-end concept.

The Roastery will use a mobile app to “offer a tour” of the coffee-making process: the customers will get a detailed explanation of how the beans are roasted or how their beverage is made.

© REUTERS / Aly Song
A view of the new Starbucks Reserve Roastery during a press conference in Shanghai, China, December 5, 2017

While emphasizing that the US will always be a key market for the coffee chain, Kevin Johnson, the company’s CEO, shared his plans on global expansion with reporters:

“China is our second-largest and fastest-growing market. We can build new stores in China for decades and still have [an] opportunity for growth there.”

Starbucks announced it would expand its investment in China in July 2017 by sealing its biggest deal: the company planned to acquire the remaining 50% of its East China joint venture in a $1.3 billion transaction. Thus, Starbucks envisages making mainland China a vital market by opening 5,000 cafes there by 2021.