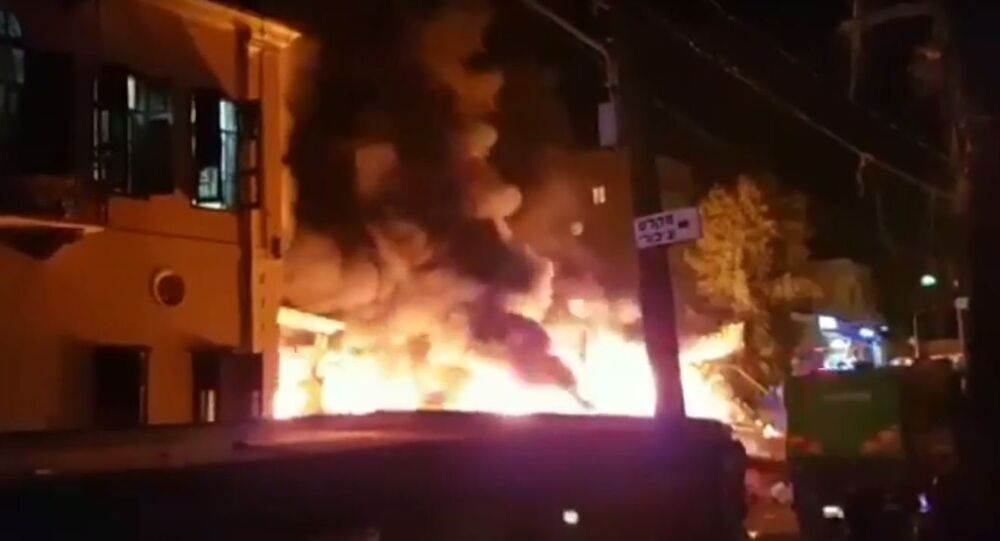 At least four people were killed in Tel Aviv Monday night when a large explosion set cars on fire and caused a building to collapse in the south-central neighborhood of Jaffa, local media report. The cause of the mayhem has yet to be discovered.

The explosion occurred on Yeffet Street and could be heard blocks away, witnesses told local media.

According to a police report from 11:55 p.m. local time, a dozen people have been reported injured, The Yeshiva World reports. Four people are in critical condition, three have moderate injuries, and three were lightly injured from the fires and explosion. Israel's Channel 2 TV station would later report that four bodies were found in the rubble of the collapsed building.

#Breaking: A building just exploded and collapsed in Jaffa. Everyone within a wide radius in Tel Aviv could hear it. Background unclear at the moment pic.twitter.com/hsXogLZJFK

​"Looks like a warzone" in Jaffa, reports Bloomberg's David Wainer, who said there are cars flipped over, a strong scent of trees on fire, and multiple buildings fallen in. "People here [are] saying it might have been gas balloons in the building. Makes sense. This stuff is super unsafe," Wainer said via Twitter.

They still haven’t put out the blaze pic.twitter.com/XCtAh3wkXR