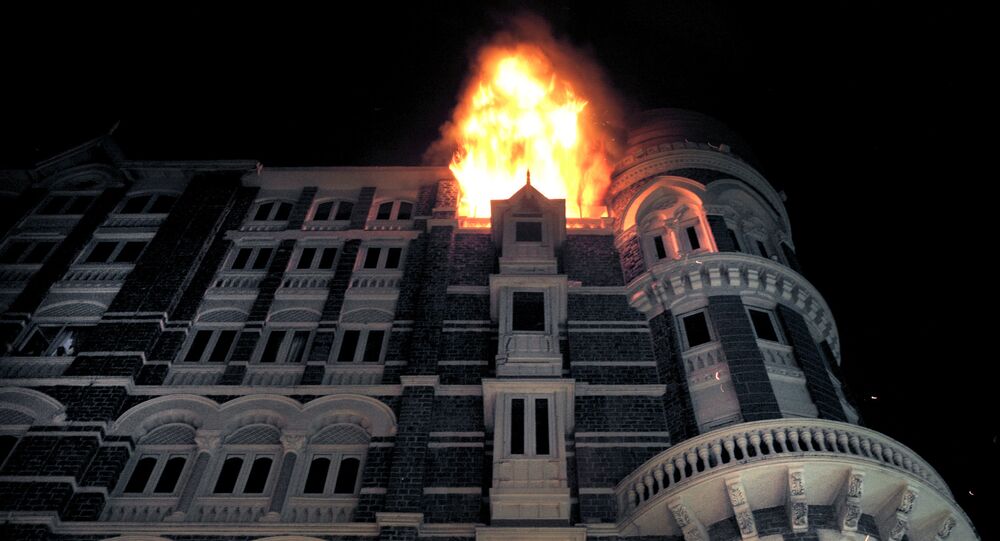 From 2002 to 2015 India has been ranked between second and sixth on the Global Terrorism Index. India slipped to 8th position in 2016 but the number of incidents involving terror saw a 16 percent jump.

New Delhi (Sputnik) — With a massive jump in terrorism-related incidents, India remains one among the top ten countries most affected by the global scourge. The Global Terrorism Index (GTI) 2017 released by the Australia-based Institute for Economics and Peace said that in 2016, a total of 340 people lost their lives in 929 incidents of terrorism in India which is 16 percent higher in the number of deaths in the previous year.

"In the last two years, India's ranking improved to eighth. However, despite the decrease in deaths over the last two years, the number of terror attacks has actually increased. There were 16 percent more attacks in 2016 than in 2015 in continuing the four-year trend of increasing attacks," the report said.

The report highlighted the complexities of terrorism-related violence in India as it said that there are a large number of terrorist groups but many are seeking political recognition and so their attacks are not aimed at killing people. Nevertheless, more than half of all deaths were committed by Maoists operating in the eastern, central and the southern areas of India known as the Red Corridor.

"The dispute with Pakistan over Jammu and Kashmir remains the main source of Islamist terrorism," the report added. Lashkar-e-Taiba mainly operates in Pakistan and was responsible for 30 deaths increasing from 20 attacks in 2016.

On the contrary, Pakistan witnessed a noticeable decline in terrorist activities within its borders which placed it at fifth in the ranking in comparison to fourth in 2015. In Pakistan, the number of people killed in terror attacks fell to 956 last year, a reduction of 12 percent as compared to 2015.

"The reduction in deaths from terrorism is in part attributable to Operation Zarb-e-Azb by the Pakistani Army; a military effort which started in mid-2014.This decline reflects a slight decrease in the activity in southeast Pakistan with the Khorasan Chapter of the Islamic State and Tehrik-i-Taliban Pakistan (TTP) placing greater focus on Afghanistan," the report noted.

Terrorism-related violence also declined also in Syria, Afghanistan and Nigeria which, along with Pakistan, were four of the five most affected countries.
The 2016 terror index places Iraq, Afghanistan, Nigeria, Syria, Pakistan, Yemen, Somalia, India, Turkey and Libya in the first to the tenth position respectively.