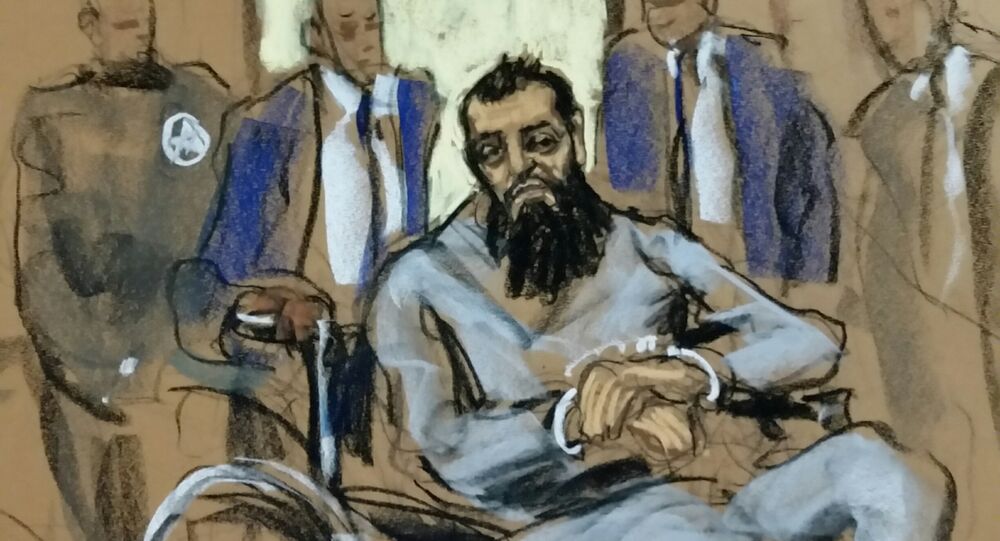 Federal prosecutors have charged Sayfullo Saipov, a 29-year-old accused of a lethal vehicular attack in Lower Manhattan October 31, with terrorism. The suspect told investigators he planned the attack in advance and rented a truck to practice the violent act, US officials said Wednesday evening.

Prosecutors said Saipov, who slayed eight people on a Manhattan bike path, provided material support to Daesh and was inspired by Daesh (also known as ISIS) videos he watched on his phone. The criminal complaint, filed by the US Attorney's Office for the Southern District of New York, charges Saipov with one count of providing material support to a terrorist group and one count of destruction of a motor vehicle. He apparently told investigators he had begun plotting the attack a year ago.

Saipov was shot by police officer Ryan Nash following the attack, was hospitalized, and got out of surgery late Tuesday evening. The swift action to press charges less than 24 hours following the attack was the result of "incredible investigative work," Joon H. Kim, acting US attorney general for the Southern District of New York, told reporters Wednesday evening.

According to Kim, Saipov told investigators he wanted to kill as many people as possible and specifically chose Halloween as the date to carry out his attack because he believed more pedestrians and cyclists would be outside at the time. Saipov was apparently proud of his attack, saying he felt good about what he had done, and asked to display the Daesh flag in his hospital room.

After securing a warrant to go through Saipov's phone records, investigators found that the suspect had been watching Daesh videos of terrorists shooting prisoners in the face, running people over and beheading people. A note Saipov left near the rented Home Depot truck he ultimately crashed into a school bus read "Islamic supplication, it will endure." The mantra is associated with Daesh, Kim said.

Saipov appeared in a federal courtroom Wednesday in a wheelchair, with his feet and hands shackled. He did not seek bail and will remain in custody. Reuters reports that he waived his right to remain silent and began speaking to investigators from his hospital room.

On Wednesday afternoon, the FBI and New York Police Department officials said they were on the hunt for a second person of interest involved in the truck attack. About an hour later law enforcement located the person of interest, Mukhammadzoir Kadirov, an FBI representative reported. Law enforcement officials later said they believed Saipov had been in contact with two additional people.

The US is considering treating Saipov as an "enemy combatant," the White House press secretary said early Wednesday afternoon. New York Mayor Bill de Blasio called the act of terror "cowardly," and US President Donald Trump called for "punishment that's far quicker and far greater than what these animals are getting right now" as he opened Wednesday morning's cabinet meeting.

Trump has repeatedly called for "extreme vetting" ​protocols, but the enforcing these practices may be difficult in reality since "it's not clear which countries to include on the list," Council on Foreign Relations member and terrorism analyst Max Abrahms told the Australian Broadcasting Corporation Wednesday. Chad, for instance, landed on the travel ban list despite facilitating counterterror operations against Boko Haram, while the decision to put Iran on the list drew scrutiny since Iran helps fight Daesh, Abrahms said.  ​