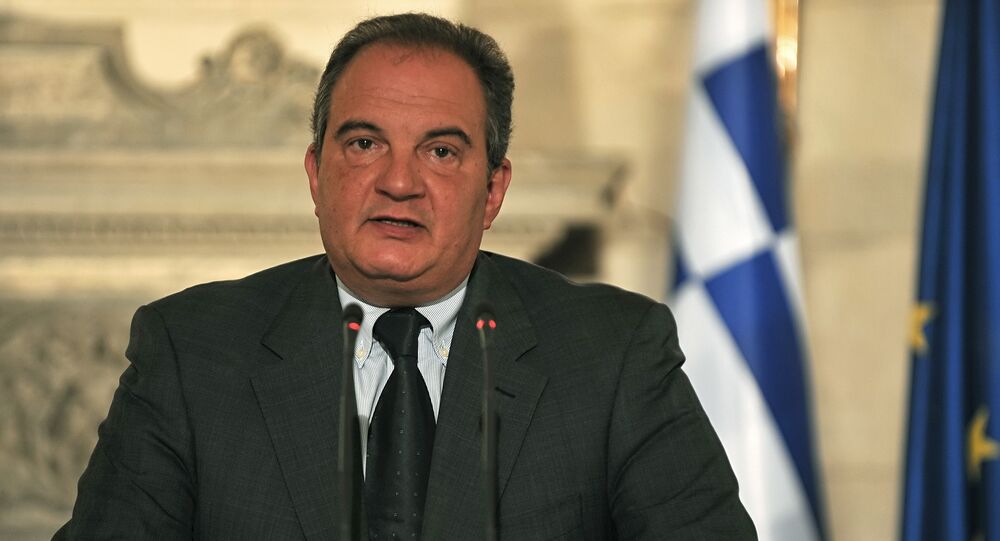 The warrant for the arrest of a 65-year-old US citizen — a former employee of the US Embassy in Greece — in the wiretapping case was issued in February 2015. As reported, the US citizen of Greek origin was a CIA agent in Athens from mid-1990s. The investigation believes that in the summer of 2004 he bought four mobile phones in a store in Piraeus, of which three were used for wiretapping.

© REUTERS / Eric Vidal
European Parliament in Last-Ditch Horse Trading Over 'Backroom' Presidency Post
The Council of Judges of the Athens Criminal Court has signed a decree on transferring the CIA agent's case to the Athens Court of Appeal with serious charges of espionage and unlawful receipt of information constituting state secrets, the Greek Dimokratiya newspaper said.

Charges are also being brought against Michalis Karhimakis, a former member of the Hellenic Parliament from the PASOK party and an ally of the former party leader Giorgos Papandreou. Karhimakis is accused of obtaining documents relating to national security, the newspaper said.

According to media reports, the appearance of publications about these events right now can be connected with an attempt to draw attention to the figure of Karamanlis, one of the most respected politicians in Greece, in connection with a possible change in the leadership of the conservative New Democracy party. Karamanlis is seen as a possible leader of the party and a candidate for the position of the prime minister at the next parliamentary elections. Karamanlis has been the New Democracy's leader in 1997–2009 and Prime Minister of Greece in 2004–2009.

'Political Football': Why the EU Returns Refugees Back to Greece