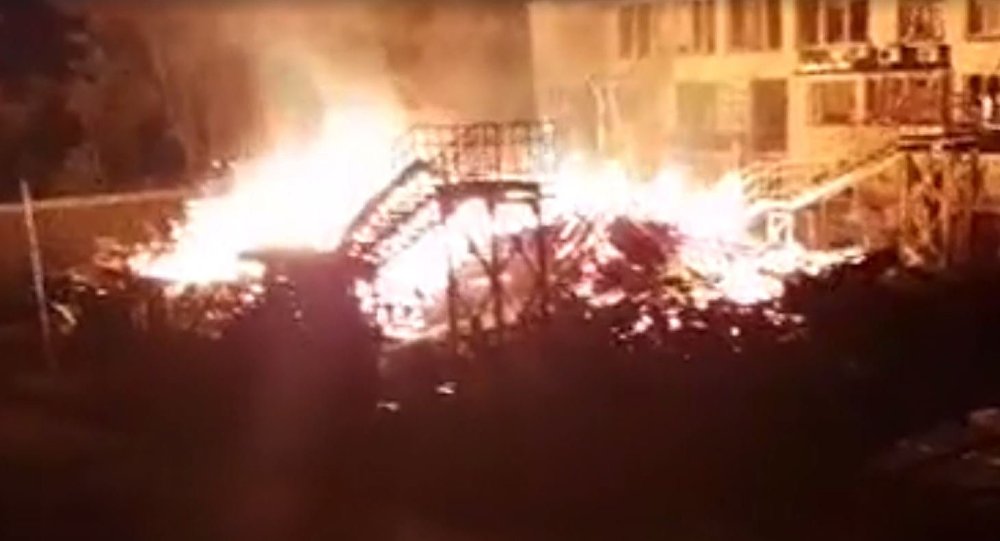 Fire Breaks Out at Children's Camp in Odessa, Ukraine

Kids attend the Viktoria sports and recreation camp annually on holiday, according to local media. In the wee hours of the morning, a significant blaze erupted at 23:30 p.m. local time (20:30GMT) and forced the entire camp to evacuate, press reports said. Three of the camp attendees are missing from a building where 42 children were inside, presumably asleep. Some children have been hospitalized after inhaling smoke and going into shock.

Dumskaya, a local newspaper, reports there was inadequate water supplies at the camp to extinguish the fire, citing police officials.

A police adviser reports that three children are feared dead.

An emergency services official told Sputnik at least one body had been found inside the gutted building after a blaze erupted at the sports and recreation camp Viktoria at 23:30 p.m. local time (20:30GMT).

"According to preliminary data, three children have lost their lives," Ruslan Forostyak, the aide to Odessa regional police chief, wrote on Facebook.

One of the buildings at the camp built entirely of wood has been razed.

​Police and firefighters are on the scene.

The cause of the fire is not yet known but the building where the three kids disappeared didn't have functioning fire alarms, according to local police. Several children were taken to hospital after inhaling smoke. One child needed medical help after jumping out of the window.