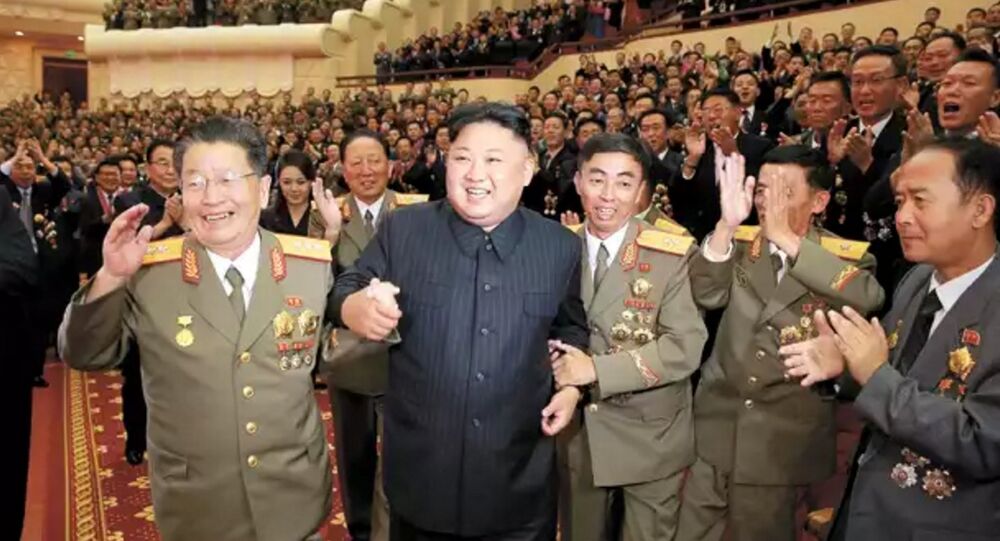 The most recent ballistic missile launch was "guided" by Kim himself, which is somewhat customary for the 33-year-old. Kim's other goal is to "make the US rulers dare not talk about military option for the DPRK," the leader was quoted as saying by KCNA.

Speaking during Friday's launch of a ballistic missile in Pyongyang, Kim said the Communist state had nearly reached "the goal of completing its nuclear force" despite "limitless sanctions and blockade," according to KCNA.

Vasily Nebenzia, Russian Ambassador to the UN, said "we believe that all threats, tests, missile launches and mutual threats must be abandoned, and substantial negotiations must be carried out," following a UN Security Council meeting called after North Korea's latest missile test.

The projectile flew an estimated 2,000 kilometers, including over Japanese prefectures, before falling down into the Pacific Ocean. The missile reached a peak altitude of 770 kilometers.

"As we consider the best offense posed by a hostile regime in North Korea, the least free nation in the world, we first look to our regional allies, South Korea and Japan," US Secretary of State Rex Tillerson told reporters Friday afternoon.

"US Pacific Command detected and tracked what we assess was a single North Korean ballistic missile launch," spokesman David Benham said Friday, director of media operations at USPACOM. The "initial assessment indicates the launch of an intermediate-range ballistic missile."