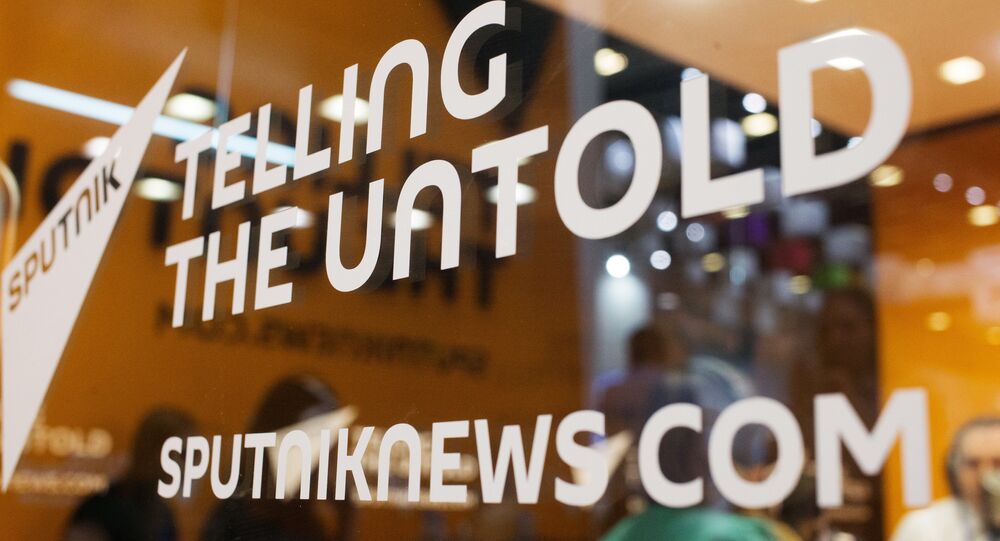 US Investigation Into Sputnik Undermines Principles of Press Freedom

US Authorities interrogation of one of Sputnik news agency's ex-employees undermines the basic principles of media freedom, according to the Russian Civic Chamber.

MOSCOW  (Sputnik) — The US investigation into the Sputnik news agency and the questioning of its ex-employee violate the principle of freedom of information, Deputy Secretary of the Russian Civic Chamber Sergey Ordzhonikidze told Sputnik Monday.

Earlier in the day, the Yahoo News portal reported citing anonymous sources that the US Federal Bureau of Investigations (FBI) had questioned former Sputnik employee Andrew Feinberg as part of an investigation into allegations that the agency was acting as a Russian propaganda agency in violation of the US Foreign Agents Act (FARA). The portal claimed that the FBI had access to Sputnik's working correspondence from Feinberg and another former employee of Sputnik's Washington bureau Joseph John Fionda.

"This is intimidation of media representatives who they believe provide the information they do not like, a violation of the principle of freedom to receive and disseminate information, as recorded in the Helsinki Act," Ordzhonikidze said commenting on the reports.

The FBI itself has not responded to the official inquiry on whether it conducted an investigation against the agency despite two days having passed, Mindia Gavasheli, editor-in-chief of the Sputnik Bureau in Washington DC, said.

© Sputnik / Maksim Blinov
FBI Questions Ex-Sputnik Employee, Scrutinizing News Agency's Correspondence
According to Gavasheli, "the request was sent on Saturday to the National Security Division of the US Justice Department to confirm or deny information that an investigation is underway in relation to Sputnik." Gavasheli specified that he indicated the willingness to answer FBI's questions if any arise.

In June, US Congressman David Cicilline, alongside Congressman Matthew Gaetz introduced legislation called The Foreign Agents Registration Modernization and Enforcement Act. The proposed bill specifically targets such media outlets as RT, obliging them to register as foreign agents and report their activity to the US Department of Justice.

In January, the US Central Intelligence Agency, Federal Bureau of Investigation and National Security Agency released a report accusing Russia of meddling in last year's US presidential election. The report did not provide any proof, citing confidentiality protocols, while a significant part was focused on RT and Sputnik. Russian President Vladimir Putin, Foreign Minister Sergei Lavrov and other senior officials have repeatedly stated that Moscow refrains from meddling in the internal affairs of foreign countries.

The FBI itself has not responded within two days to Sputnik's inquiry on whether it was conducting an investigation against the news agency.