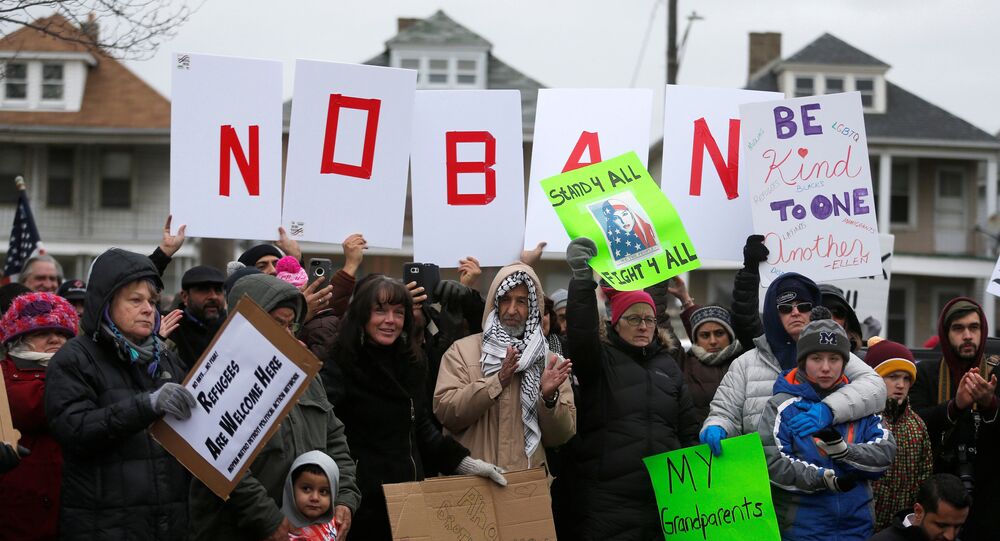 All three judges of the 9th US Circuit Court of Appeals ruled unanimously Thursday to allow extended family members of US residents from six majority-Muslim nations listed in US President Donald Trump's travel ban to lawfully enter the US.

"Stated simply, the government does not offer a persuasive explanation for why a mother-in-law is clearly a bona fide relationship, in the Supreme Court's prior reasoning, but a grandparent, grandchild, aunt, uncle, niece, nephew, or cousin is not," the September 7 ruling states.

The Trump administration faces yet another setback in addition to failing to pass any legislation increasing access to healthcare or lowering drug prices, streamlining and simplifying the tax code or creating a robust infrastructure investment plan.

Immigrants from Iran, Libya, Somalia, Sudan, Syria and Yemen were instructed by the Supreme Court in June that visitors from their home countries would be banned unless they had a "bona fide" relationship to people or entities in the US. The Court continued that such bona fide relationships would include immediate family members and in-laws. Importantly, other family members, such as grandparents, grandchildren, cousins, aunts and uncles were excluded from under the court's June per curiam decision.

The panel also ruled that refugees from those countries who had already been accepted by a resettlement agency could not be blocked.

The ruling is to take effect five days following the September 7 filing of the modified preliminary injunction. The ruling is being expedited, the circuit court said, since refugees' lives "remain in vulnerable limbo" during litigation procedures.

The Supreme Court will begin hearing the case, State of Hawaii v. Trump, on October 10.