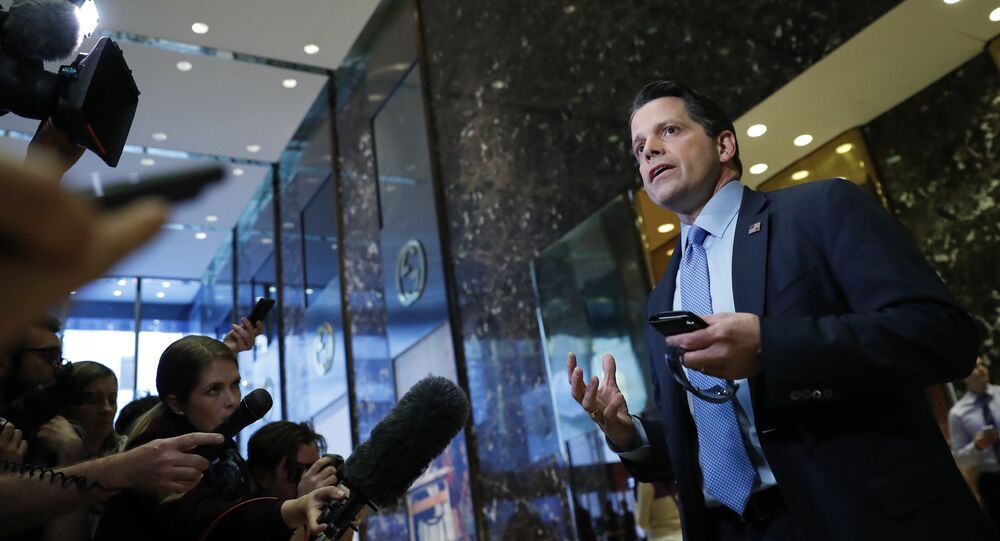 After just ten days at the helm of the White House communications shop, hedge fund manager Anthony Scaramucci has resigned from his role within the Trump administration.

US President Donald Trump and his new Chief of Staff John Kelly requested Anthony Scaramucci to resign on Monday. The First Family reportedly did not enjoy the vulgarity associated with the White House following Scaramucci's profanity-laced tirades.

Scaramucci had a tumultuous run in his brief stint at 1600 Pennsylvania Avenue. Scaramucci repeatedly clashed with now-fired Chief of Staff Reince Preibus. He had a colorful interview with The New Yorker in which he claimed he wasn't like White House Chief Strategist Steve Bannon because he didn't "try to suck his own d*ck." In the same interview, "The Mooch" called Preibus a "f*cking paranoid schizophrenic."

The White House has been a lot like Trump's reality show, "The Apprentice" since January 20. National Security Adviser Mike Flynn stepped down, Press Secretary Sean Spicer was relieved of his duties, FBI Director James Comey was dismissed, Preibus was the latest chip to fall last week, and on the first day of Gen. John F. Kelly's watch as White House Chief of Staff, the New York financier got the "you're fired" memo.

It is not presently clear whether Scaramucci will leave the administration altogether. Prior to serving as Communications Director Scaramucci was the head of the Export Import Bank.

Scaramucci endured quite a bit of drama during his brief high-profile tenure — some of which he had sparked. His wife filed for divorce shortly after he accepted the position as Communications Director.

Following the news the White House Press Secretary said, "Mr. Scaramucci felt it was best to give Chief of Staff John Kelly a clean slate and the ability to build his own team," adding, "we wish him all the best."

UPDATE: At Monday's White House press breifing, spokeswoman Sarah Huckabee Sanders said there are currently no plans to retain Scaramucci within the administration in any capacity.