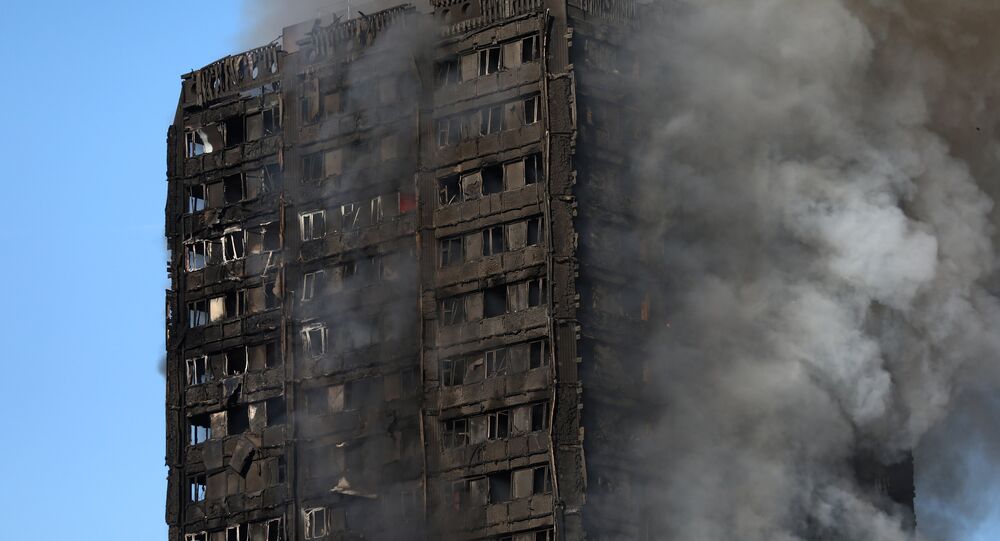 Demolition Experts Could Take Down Towering Inferno Block 'Within 48 Hours'

Seventeen people are known to have been killed in the towering inferno in west London but the death toll is expected to rise considerably. Demolition experts will have to work out how to safely bring down the block, which is potentially a crime scene.

London Fire Commissioner Dany Cotton said there were "unknown numbers" of bodies in the ruins of Grenfell Tower, in north Kensington.

She said there was no chance of finding any more survivors inside the 24-story building, which went up in flames in the early hours of Wednesday (June 14).

Crews have been working at the scene of the #Grenfelltower fire through the night & will remain there today. https://t.co/WVA0PBWlRS pic.twitter.com/nwPdfPFAXd

Ms. Cotton said on Thursday (June 15) morning a brief search had taken place of all 24 floors and she said a thorough search would be "difficult and painstaking."

The tower needs to be structurally shored up before investigators go inside.

Prime Minister Theresa May has promised a full investigation into how the fire started and spread so rapidly in a building that was built in 1974 but was refurbished at a cost of £10.6 million (US$13.5million) only last year.

I am deeply saddened by the tragic loss of life at Grenfell Tower. My thoughts are with all those affected and the emergency services.

Thoughts will inevitably move on to how to bring the tower down safely.

A school, Kensington Aldridge Academy — which was only built in 2014 — stands in its shadow of the tower.

The school was closed on Wednesday and Thursday and a statement on its website said "we do not know when we will be able to access the premises." Students are being temporarily transferred to neighboring schools. Grenfell Tower also stands close to Latimer Road station but London Underground has now reopened the train line.

Mark Loizeaux, president of US-based Controlled Demolition Inc, said: "It's just a horrible tragedy. Quite frankly I would not have been surprised if it had fallen down."

His company, based in Maryland, has been involved in the controlled demolition of many buildings damaged by fire or explosions, including the Alfred P. Murrah building in Oklahoma City, which was bombed by Timothy McVeigh in 1995.

He said it was important now to secure the safety of those working near the building and he pointed out that 37-year-old Rebecca Anderson, a nurse, was killed by debris when she tried to help people after the Oklahoma City bombing.

Mr. Loizeaux said the Health and Safety Executive would have fenced off the area and set up an exclusion zone.

"If the building is condemned and is a public nuisance they can recommend its demolition. This building is quite tall and it's a failed, yet standing structural system, meaning that it no longer meets code but hasn't fallen down yet," Mr. Loizeaux told Sputnik.

He said his company, which has been demolishing buildings since 1947, had worked on operations where tower blocks needed to be taken down "within 48 hours" and he said it was perfectly feasible.

Mr. Loizeaux said if the building was considered too unsafe for demolition contractors to go in and place detonation charges they might consider using robots, as was done to bring down the remainder of Didcot power station after it collapsed last year, killing four people.

But he said there were a lot of sensitive structures surrounding the block now and it may be difficult for it to be demolished immediately.

On this day, 1995, the Alfred P. Murrah Federal Building was imploded. pic.twitter.com/RD0PXHrA7Z

​With numerous reports of complaints about poor maintenance and questions about the flammability of the plastic cladding which was put on the building last year there has inevitably been speculation that criminal charges might eventually be brought, even if the fire started accidentally.

Absolutely heartbreaking news about #GrenfellTower, and our thoughts go out to all those families and people affected.

"The police are not going to want anything to happen to it until they have concluded their inquiries," Mr. Loizeaux told Sputnik.

"Every circumstance is unique and each requires a certain respect. You have got the legal path and the insurance issues and public safety and regulatory compliance issues. There is a tremendous load on the plate of whoever is responsibility for taking this forward. It's a horrible thing and they are still reeling from the bodies coming out."

He said when the time was right for it to be demolished the contractors would no doubt hope to bring it down vertically, because of the presence of the school and the train line so close by.

"If it topples then the rule of thumb is that they will need to clear a path one and a half times the height of the building and there is very little room around it," he told Sputnik.

VIDEO: Generosity of people in #NorthKensington & London today has been phenomenal. This was Latymer Centre near #GrenfellTower earlier pic.twitter.com/tZrtAgly6r

He said the authorities had to complete their investigation, as once the building had to be demolished it would leave "very little of forensic value" to help investigators determine the cause of the fire or why it spread.

"Nowadays people have cellphones and I know there was a lot of footage taken of the fire and that will be quite helpful to the investigators. They will use that," Mr. Loizeaux told Sputnik.

One Person Dies in Didcot Power Station Collapse in UK