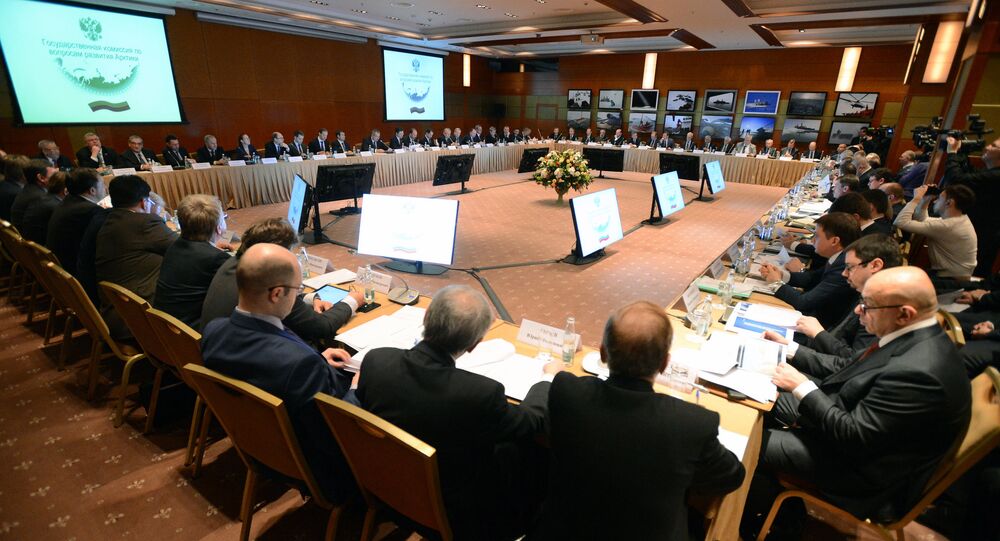 The US and Russia are successfully cooperating and in the Arctic Council in particular, US Deputy Assistant Secretary at the Bureau of Oceans, Environment and Science David Balton told Sputnik.

© Fotolia / Suomenkopteri
US to Transfer Arctic Council Chairmanship to Finland at Ministerial Meeting
FAIRBANKS (Sputnik) — The United States and Russia are successfully cooperating in the Arctic region and in the Arctic Council in particular, the process is a great example of partnership, US Deputy Assistant Secretary at the Bureau of Oceans, Environment and Science David Balton told Sputnik.

"The US and Russia are cooperating very well in the Arctic in general and in the Arctic Council in particular," Balton said. "As for the future, I think that cooperation is likely to continue."

The deputy assistant secretary spoke ahead of the Arctic Council ministerial scheduled to take place on May 11 in Fairbanks, Alaska, where the United States will conclude its two-year chairmanship and transfer it to Finland.

Balton, who has served as chair of Arctic Council Senior Arctic Officials during the US chairmanship 2015-17, pointed out that one of the key achievements of this chairmanship was a new agreement on scientific cooperation in the Arctic set to be signed on Thursday.

"This was a process that was led jointly by the US and Russia. It's a great example of our cooperation," he explained.

Despite strained relations, Washington and Moscow continue to cooperate in a number of areas, including on space and Arctic issues.

The Arctic Council is comprised of Russia, the United States, Canada, Denmark, Finland, Iceland, Norway and Sweden. The intergovernmental group aims to facilitate cooperation among the eight states and Arctic indigenous communities and focuses on sustainable development and environmental protection of the region.

US to Transfer Arctic Council Chairmanship to Finland at Ministerial Meeting