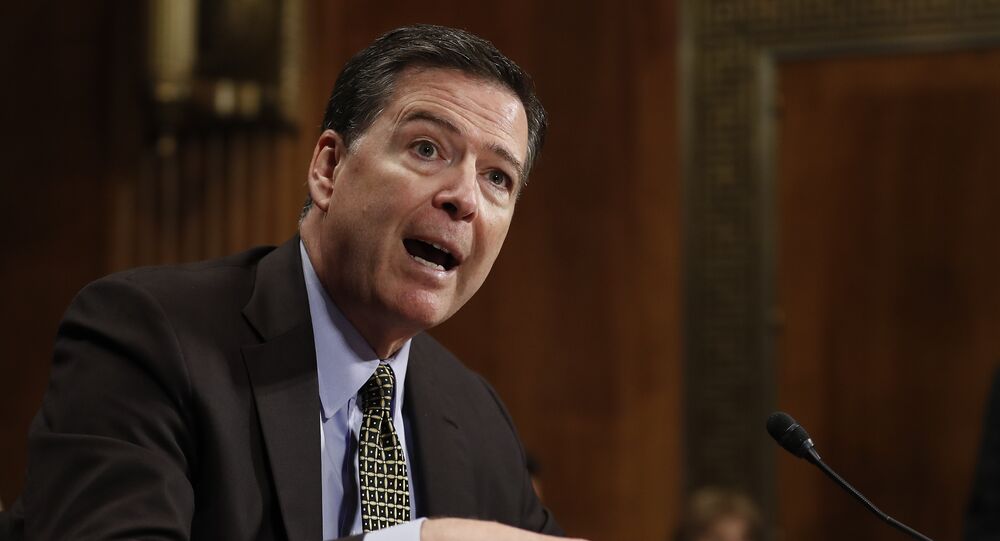 FBI Director James Comey has been removed from office, the White House reports.

US President Donald Trump made the decision "based on the clear recommendations" of Deputy Attorney General Rod Rosenstein and Attorney General Jeff Sessions, according to a White House statement.

"The FBI is one of our nation's most cherished and respected institutions," Trump said. "Today will mark a new beginning for our crown jewel of law enforcement."

The search for his replacement will commence immediately.

Trump scolded Comey in a letter announcing his dismissal, stating, "You are not able to effectively lead" the FBI. As such, a change in leadership was necessary to rebuild trust between the White House and law enforcement.

"While I greatly appreciate you informing me, on three separate occasions, that I am not under investigation, I nevertheless concur with the judgement of the Department of Justice that you are not able to effectively lead the bureau," Trump wrote in a letter to the former FBI director on Tuesday.

"I cannot defend the Director's handling of the conclusion of the investigation of Secretary Clinton's emails, and I do not understand his refusal to accept nearly universal judgment that he was mistaken," Rosenstein said in his memorandum to the president on Tuesday, which provided the advice the White House said the president acted on.

According to Rosenstein, "the Director was wrong to usurp the Attorney General's authority on July 5, 2016, and announce his conclusion that the case should be closed without prosecution."

"Almost everyone agrees that the Director made serious mistakes; it is one of the few issues that unites people of diverse perspectives," the deputy attorney general wrote. Essentially, it appears the DOJ assessed that Comey's moves during the election season as they pertained to the election made him unfit for the position. "Compounding the error, the Director ignored another longstanding principle: we do not hold press conferences to release derogatory information about the subject of a declined criminal investigation," Rosenstein said.

​"The FBI is unlikely to regain public and congressional trust until it has a Director who understands the gravity of the mistakes and pledges never to repeat them," a DOJ memorandum stated on Tuesday.

Scant hours earlier, the FBI had corrected part of Comey's testimony after Comey appeared before the Senate Monday. Comey claimed that Huma Abedin, wife of sexting phenom and disgraced former Congressman Anthony Weiner, made a "regular practice" of sending thousands of classified emails to her husband. On Tuesday, FBI officials had to clarify Comey's statement. "Investigators ultimately determined that two email chains containing classified information were manually forwarded to Mr. Weiner's account," the FBI letter said. Many of the emails that landed on Weiner's computers from Abedin were the result of incidental backup activity performed by the computer itself, not Clinton-aide Abedin.

The firing also, incidentally, occurs just days after Comey testified before Congress on alleged "Russian hacking" of the 2016 US presidential election.

​In the past year, Comey's reputation has been damaged, the Justice Department said. South Carolina Senator Lindsey Graham joined in the disparagement, commenting, "given the recent controversies surrounding the director, I believe a fresh start will serve the FBI and the nation well."

There will be a "full, fair, and timely confirmation process," for Comey's replacement, Senate Majority Leader Mitch McConnell said.

Three officials told Reuters that the US intelligence community was not privy to knowledge of Trump's decision before it happened.

Deputy FBI Director Andrew McCabe will take Comey's place as Acting Director of the FBI until the Senate confirms someone new for the position.