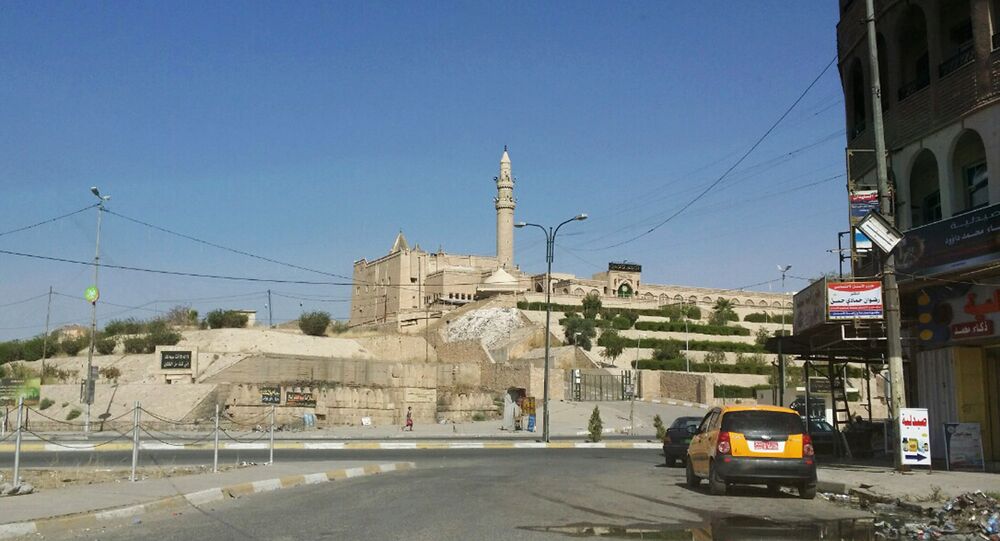 Iraqi federal police established control on Sunday around the territory of Al Noree mosque in Mosul, considered to be a key symbolic place for the Daesh terrorist group outlawed in Russia), the police said in a statement.

The Al Noree mosque plays an important role for Daesh, since in 2014 Daesh leader Abu Bakr Baghdadi held a public preaching there, proclaiming a caliphate across the territories controlled by the terrorist group both in Iraq and Syria.

The northern Iraqi city of Mosul, the Daesh's key Iraqi stronghold, has been controlled by the terrorists since mid-2014. The Iraqi troops backed by the US-led international coalition launched an operation to recapture Mosul in October 2016, with the eastern part of the city being liberated in January and the western remaining under the control of terrorists. In February, the Iraqi forces began the operation aimed at liberating western Mosul from Daesh.