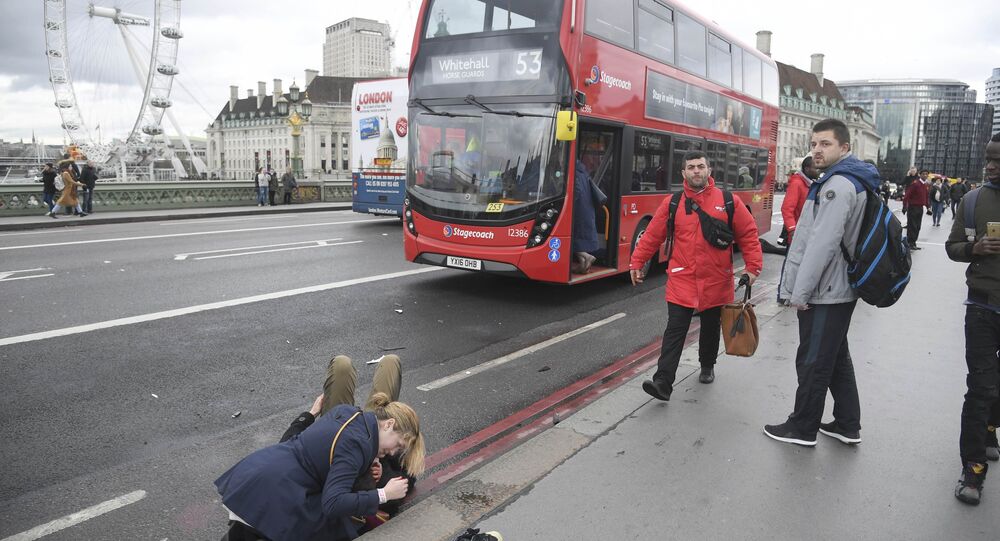 London Police Officer Keith Palmer as well as the perpetrator of the attack are among the dead.

At least 40 others were wounded in the attack. The attacker ran dozens of Londoners down on Westminster Bridge from inside his car, before leaping out and fatally attacking Palmer with a knife.

"I will not comment on this stage on the identity of the attacker but our working assumption is he was inspired by international terrorism," Acting Deputy Commissioner of the London Metropolitan Police Mark Rowley said in a statement hours after the attacks. He also said that among the injured were "three police officers, two of whom are in a serious condition," Australian broadcaster ABC reports.

Police claim to know the identity of the assailant, who was reportedly shot dead, but have thus far refused to release it to the press. Police are treating the incident as a terrorist attack.