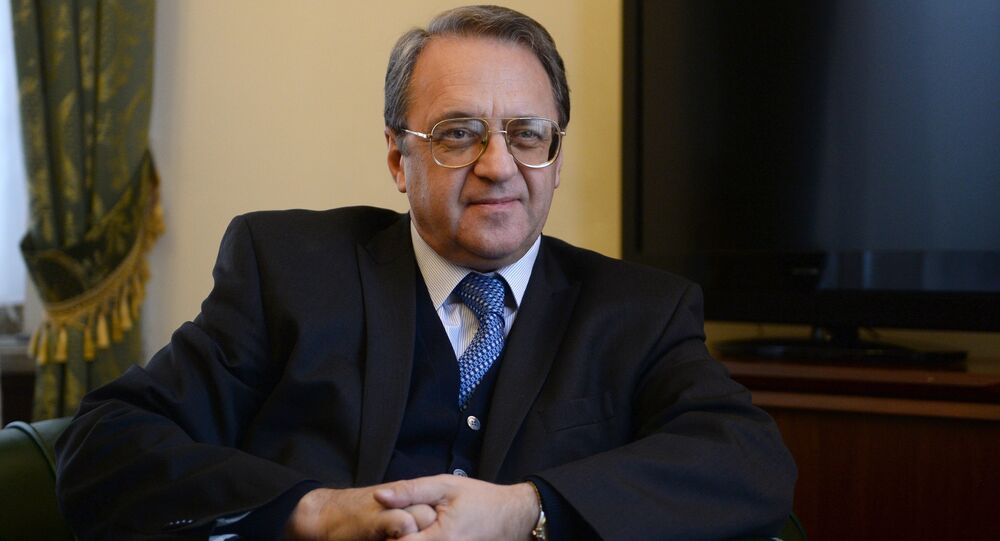 Russian Deputy Foreign Minister on Monday discussed with a leader of the Popular Front for Change and Liberation opposition group the prospects of Syrian crisis resolution, the Russian Foreign Ministry said.

"During the talks, the sides discussed the current situation in Syria…with focus on the development of a consolidated political platform by the Syrian opposition to ensure its constructive participation in the political settlement of the Syrian crisis based on the UNSC Resolution 2254," the ministry said in a statement.