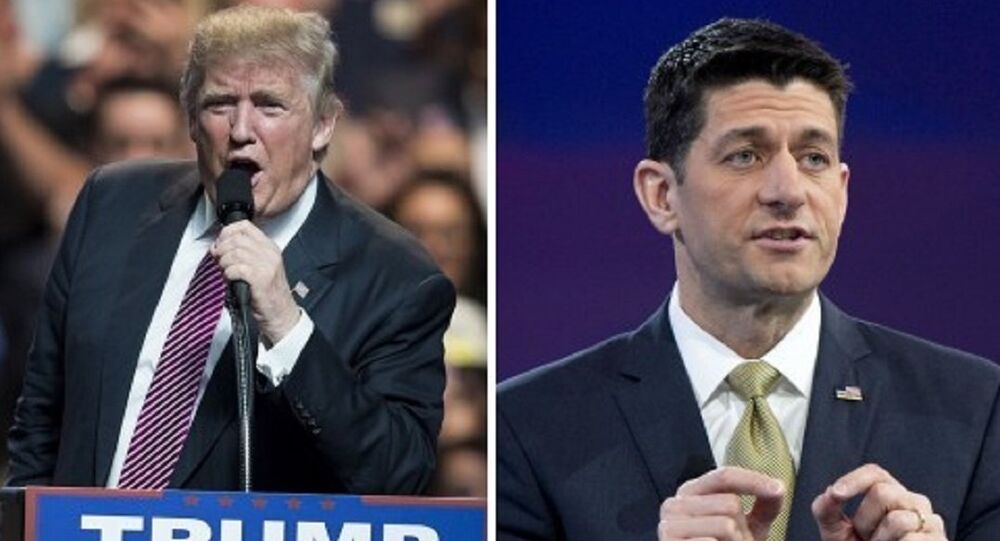 In a call with House Republicans, the Speaker of the House threw in the towel on the presidential election saying that his focus is on providing a counter to President Hillary Clinton all but giving the election to the Democrat with a ribbon as the GOP will be forced to divert funds away from Trump.

On Saturday, Speaker of the House Paul Ryan largely believed to be the most powerful elected Republican in the United States disinvited his Party’s nominee Donald Trump amid the fallout of a leaked hot mic tape in which the candidate used vulgar language and exhibited crass behavior towards women, but to Ryan’s surprise the crowd booed him at his own event yelling "we want Trump."

Despite the rebellion of base Republican voters against the GOP establishment being in full display for Paul Ryan in his own hometown, the Speaker of the House hammered away the final nail in the coffin of American democracy – at least in 2016 – when in a conference call with Republican congressman he declared that Hillary Clinton has already won the election and that he’ll focus on countering her.

The concession by Paul Ryan, if not by Mr. Trump himself, all but places a ribbon on the election for the former Secretary of State as the Trump campaign will now be forced to campaign the final month in large part without any tactical campaign or fundraising support from his own party meaning that a Democratic nominee who won her primary under suspicious circumstances, as chronicled in the WikiLeaks file dumps, will now face another unchallenged election on her way to becoming President.

​Paul Ryan reportedly said on the call that “He will spend his entire energy making sure that Hillary Clinton does not get a blank check with a Democrat-controlled Congress,” said one of the participants in the call who acknowledged that it sounded like a concession that Donald Trump would not be President.

His spokesperson AshLee Strong reiterated the message in an official statement saying, "The Speaker is going to spend the next month focused entirely on protecting our congressional majorities."

The announcement by Paul Ryan also corresponds with a decision by the Republican National Committee this weekend to pull millions of dollars in advertisings for Trump reminding Republicans about early voting in five key swing states – a move that by itself would be a death knell for most candidates.

Ryan’s announcement also risks not only alienating Republican voters, but depressing turnout with a statement that the Republican nominee has no chance to become the next President of the United States which may ultimately adversely impact down-ballot races.

Clinton Comes Out on Top in 2nd US Presidential Debate