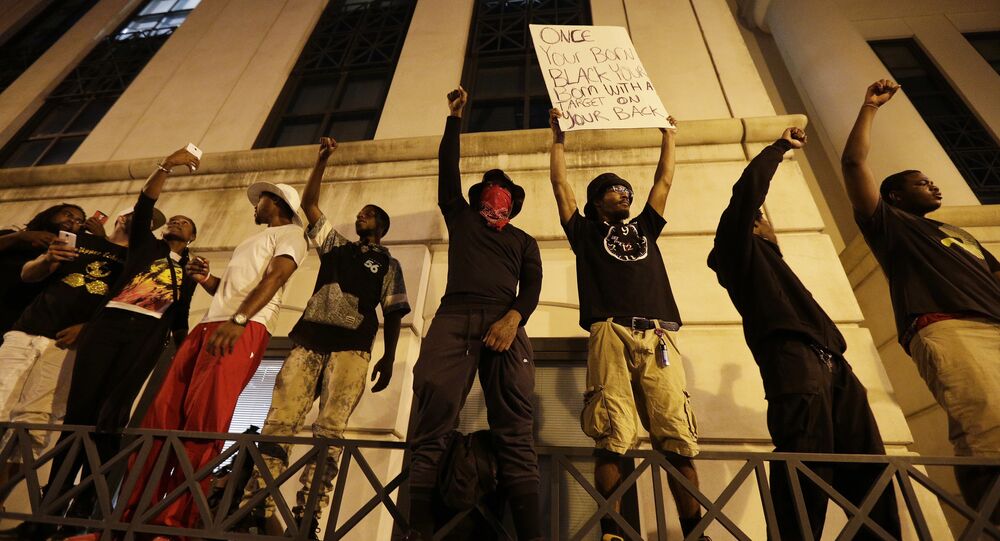 The city of Charlotte, North Carolina took to the streets for a fourth night of demonstrations following the police shooting of 43-year-old Keith Lamont Scott on Tuesday. Earlier this week the state's governor called in the National Guard and declared a state of emergency, after protests on Tuesday and Wednesday nights turned violent.

On Friday, Scott's wife Rakeyia Scott, released video taken at the scene of the shooting. Scott's family maintains he was unarmed, though police say a firearm with Scott's fingerprints was found at the scene.

© AP Photo / Chuck Burton
Blood in Charlotte's Streets as Violence Flares Over Cop Killing of Keith Scott
Charlotte-Mecklenburg Police Chief Kerr Putney has said three officers present at the shooting were wearing body cameras, and protesters are demanding that those videos be released. Chief Putney has refused to do so, insisting that it may jeopardize the investigation into the killing.

Police have also admitted that the videos fail to provide "absolute, definitive, visual evidence" that Scott pointed a gun at the police before he was shot.

Demonstrations on Tuesday and Wednesday turned violent and destructive, with one person killed on Wednesday night. Thursday night's march was peaceful, and a midnight curfew announced by the city went unenforced after demonstrations stayed calm.

Military Deployed, State of Emergency in Charlotte After 2 Nights of Violence