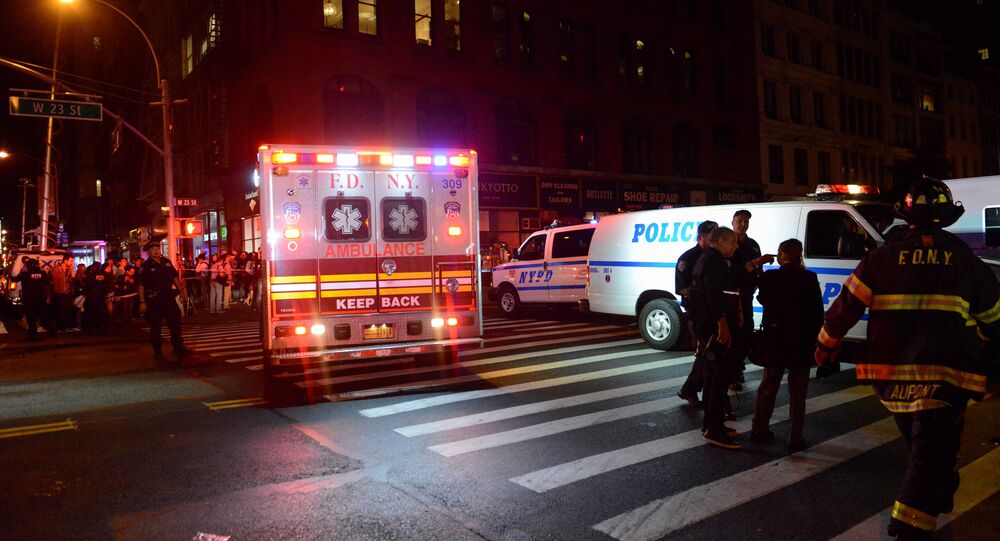 Reports of an explosion in the Chelsea neighborhood of Manhattan came through social media just before 8:30pm. The explosion has been confirmed by the New York Fire Department.

On Saturday, a massive explosion rattled the Chelsea area of Manhattan. People reported hearing the large blast on social media with the New York Fire Department subsequently confirming that an explosion had occurred. New York City issued an emergency alert telling people to expect traffic delays in the area. At least 25 people have gotten light injuries, according to the New York Fire Department. At least three people were hospitalized.

Multiple injuries reported, according to local Pix11 news, from the massive blast that occurred at 135 23rd St. in downtown Manhattan between 6th and 7th avenue. The explosion comes after a pipe bomb was planted near the starting line of a marathon in nearby New Jersey. People have been advised to stay away from the area. The blast has not impacted the city's subway and train system at this time.

Fox 15 news initially reported that at least 25 people were injured in the blast but the severity of their injuries remain unknown at the present moment. It also is unknown whether the explosion was caused by an act of terror or some natural cause. The city's Fire Commissioner Daniel Nigro later confirmed that 29 people have been injured.

One social media user under the handle @Shield1631 claims to have uncovered an IED explosive device that was placed in a garbage can in a manner similar to the explosion that occurred at the New Jersey marathon earlier on Saturday. The identification of the device as the cause of the explosion has not been confirmed by authorities, however.

The New York Fire Department's bomb squad has arrived on the scene to inspect the damage and determine whether there remains any not yet exploded devices in the vicinity according to local reports.​​

The Daily Mail reports that it is believed that the structure at 135 23rd St. may have collapsed following the major explosion with reports on social media that the blast shook the entire neighborhood.

The NYPD Counterterrorism Unit has been dispatched to the scene with eyewitness reports that police are conducting searches in the vicinity of the explosion, checking for additional explosive devices in the area.

So far it is known that the blast was caused by an improvised explosive device placed in a dumpster — similar to the explosion Saturday morning at a marathon in New Jersey — and that at least 25 people have been injured by the explosion. The FBI, ATF, and bomb squad are on the scene.

The New York Police Department's Counterterrorism Chief James Waters acknowledges that the unit is responding to the explosion in Chelsea neighborhood of Manhattan and that more details are to follow.

The video below shows what is believed to be the garbage can that the explosive device was placed into near the scene of the explosion being looked at by New York City fire fighters.

Law enforcement authorities are considering that the explosion could be accidently caused by construction explosives, an unnamed official close to the investigation said.

The White House spokesperson said that President Barack Obama has been informed about the explosion, adding that the cause of the incident is still under investigation.