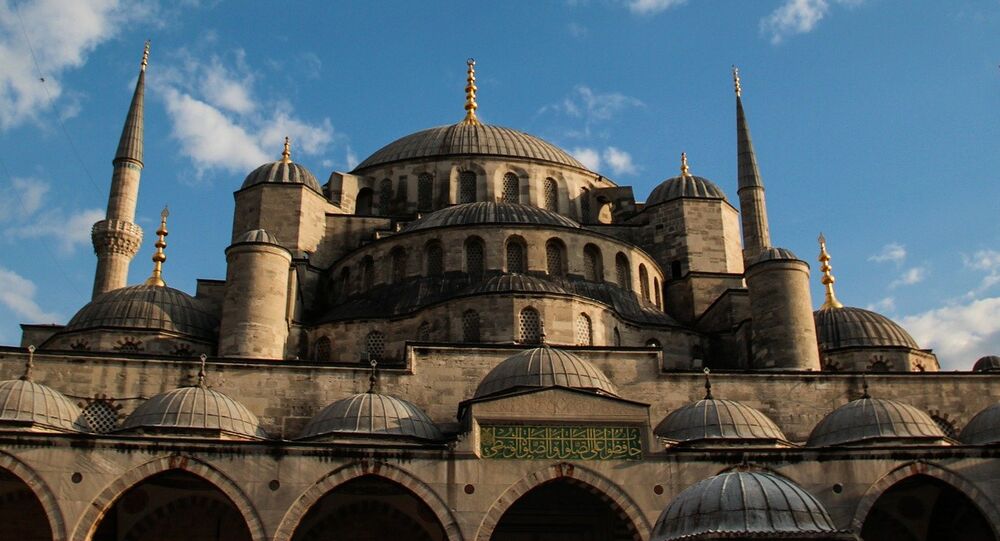 Morocco will build 600 solar-powered mosques by March 2019 in a bid to boost public awareness of renewable energy sources.

© Sputnik / Grigoriy Sisoev
Russia, Morocco Plan to Boost Energy Cooperation
MOSCOW (Sputnik) — The Moroccan government, in cooperation with the German authorities, will create as many as 600 solar-powered mosques in the country by March 2019 in a bid to boost public awareness of renewable energy sources, The Guardian reported on Monday.

Energy-saving lighting, photovoltaic electricity generation and solar water heating will be installed in about 100 mosques by the end of 2016 if everything goes according to the government's plan.

"We want to raise awareness and mosques are important centers of social life in Morocco. They are a place where people exchange views about all kinds of issues including, hopefully, why renewables and energy efficiency might be a good idea," the Guardian quotes the project's chief Jan-Christophe Kuntze as saying.

Morocco’s Ministry of Islamic Affairs, in coordination with the German government, have pledged to cover up to 70 percent of the investment costs.

WOW! 600 mosques in #Morocco will be fitted with solar energy systems in order to boost #cleanenergy awareness. https://t.co/kprZljqZzn

​The national program, dubbed Energy Efficiency in Mosques, was launched in March 2014. It is aimed at reducing the government's spending on mosques as it could pay the electricity bills of an estimated 15,000 mosques in the country. However, the main goal is to raise the national consciousness regarding renewables and create jobs, according to the project's description.