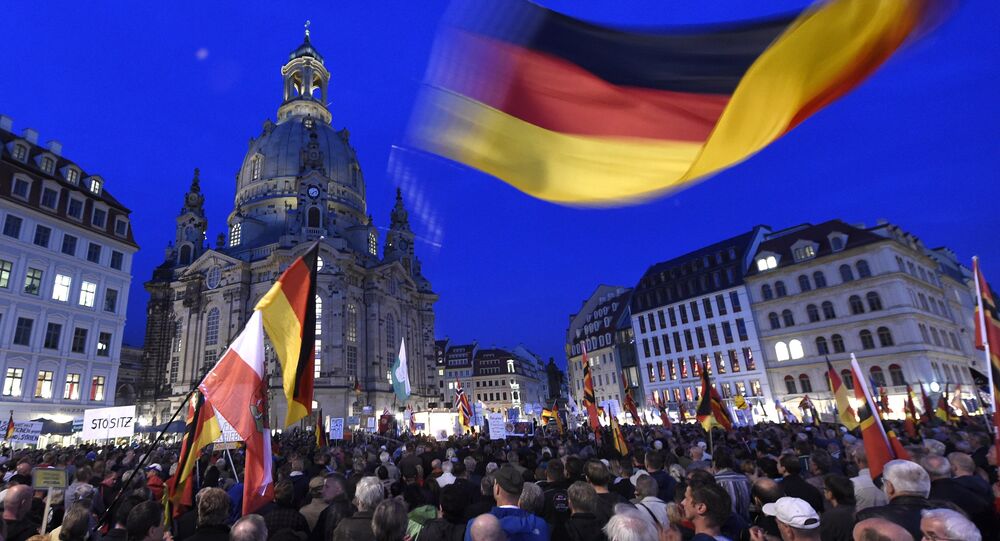 Rioters Attack German President for 'People are the Problem, Not Elites' Remark

The remarks were made in the wake of Chancellor Angela Merkel redoubling her effort to force Germans to welcome refugees with a direct call to the country’s CEOs to hire those who have been displaced.

This week, the German government moved to raid the country’s healthcare funds to support the refugee crisis passing a law that would transfer $1.67 billion from the liquidity reserve to provide welfare and resources to asylum seekers despite growing unrest in the country over the economic consequence and heightened terror risk that Syrian refugees import to the country.

With the domestic situation rapidly becoming a powder keg for reactionary turmoil and a revival of far-right nationalism in response to the forced marriage between an unwitting public and the war zones of Syria, it was German President Joachim Gauck who finally lit the match with a most obtuse statement.

"The elites are not the problem, the people are the problem," declared President Gauck resulting in a violent crowd attacking the official while others chanted "Get out, traitor!"

German State Television and Radio chalked up the assault on the German President as the act of "a handful of right wing extremists" who disturbed an otherwise peaceful and welcoming reception of the President in a bid to discredit their opposition, but the video footage from the scene tells a different story.

The entire crowd providing the "welcoming reception" to the German President appeared to be inflamed with a man carrying his young son spitting on the official while others yelled "We are the people!" and "you are protecting warmongers, shame on you!" in which could hardly be described as the phraseology of far-right agitators.

Riot police were forced to intervene using pepper spray to disperse the German President’s assailants. The German Justice Minister embraced the policy of minimizing dissent by decrying the attackers as "cowards who insult the president because of their personal frustration."

If the official position of the German government is that the elites are not the problem, it would appear more and more of the country’s people are inclined to disagree.