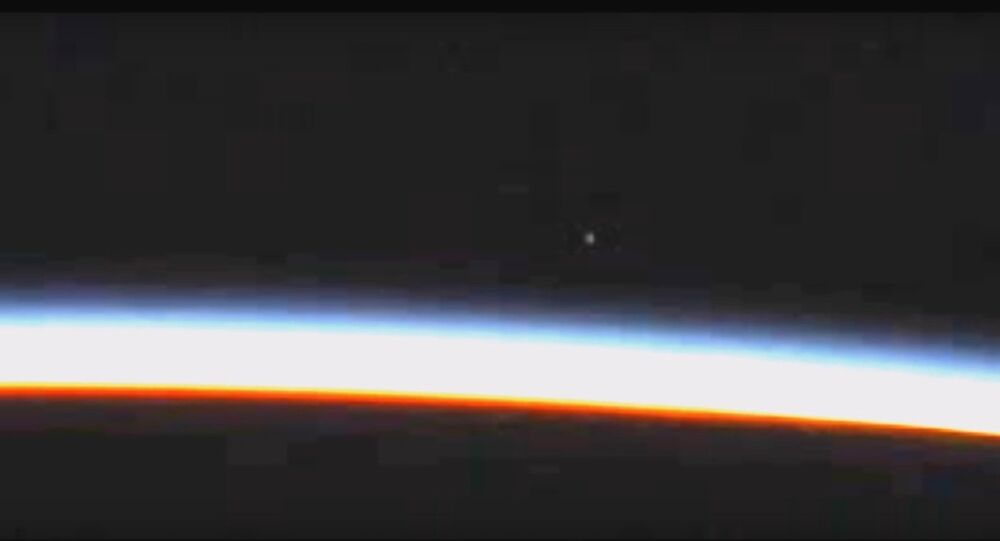 UFO Hunters claim that the space agency edited original video to hide the mysterious “alien” cube that original footage shows floating between the earth and the sun.

​A distinct square shape much larger than the Earth was once again spotted on two different cameras 25 hours apart earlier this week. UFO hunters spotted the mystery cube and uploaded it to the web leading many to speculate that it was an unidentified flying object that latched onto the orbit of the solar system.

The first video footage was shot on NASA’s Solar and Heliospheric Observatory (SOHO) cameras EIT 195 and EIT 171. Alien enthusiast and founder of UFO Sightings Daily Scott C Waring said the pictures were absolute proof that the cube was more than a pixilation glitch and are actually indicative of a floating celestial body.

​"This is evidence that the cube is really there and is a large skid object bigger than the earth," claims Waring. "The cube is in the same location in both photos."

Still others claim that the image of a black cube is actually a censor imposed by NASA to shield the presence of an orbiting UFO from the knowledge of the general public.

Feeding into this controversy is the fact that the downloadable images from SOHO’s website now exclude the black cube with some accusing NASA of airbrushing the image to provide a clear background.

This isn’t the first time this year that NASA has come under fire from UFO hunters accusing the agency of doctoring images to conceal the truth from the public eye. One month ago, NASA was forced to deny a cover up when they cut a live feed at the moment a strange object appeared near the International Space Station, but several discerning UFO hunters were able to capture a picture of the blurry diamond-shaped structure before the video feed broke.