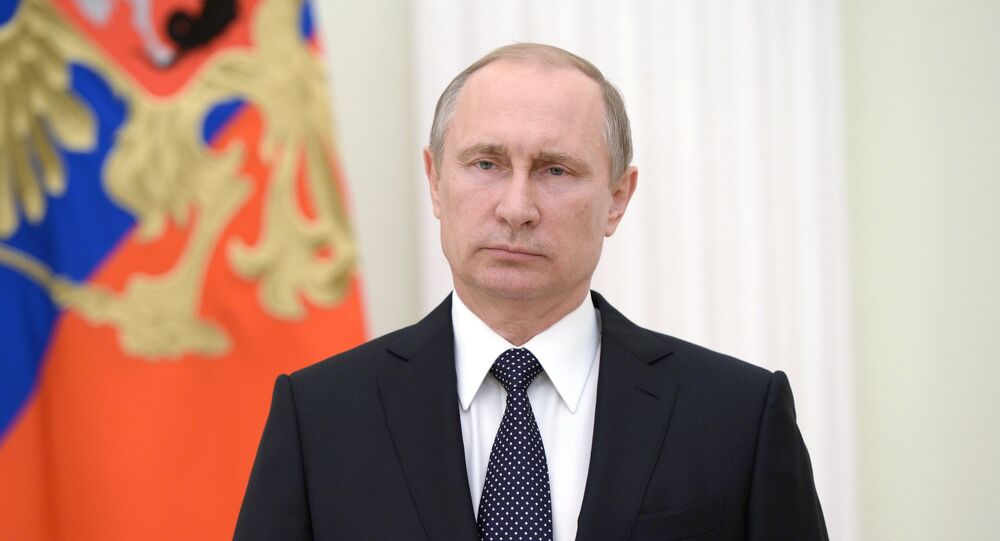 In a Sunday interview on RT’s Underground with Afshin Rattansi, the whistleblower poked holes in a leading narrative spun by the Clinton campaign and regurgitated by the mainstream media that Russia is subverting the US presidential election.

Julian Assange argues that the one reason why you might want to know who the source of a document leak is to determine the veracity of the files, but that it is not what is at play in the media right now.

"Everyone accepts that the emails that we published, the 20,000 leaked DNC emails, are accurate. Nobody is saying that they did not say something that was listed in the emails," explained Assange. "WikiLeaks has a perfect ten year record of never getting it wrong – it is an impressive record and it is the reason why it takes a while before we publish information because we want to keep that record."

"Given that the real source is known, in this case it is the DNC, it is Debbie Wasserman Schultz, it is Luis Miranda the Communications Director — we know these are there emails so there’s quite a difficulty for the Clinton campaign to try to outmaneuver WikiLeaks. The content itself is unquestionable so instead you have to bring in another actor, so they had to bring in Russian intelligence agencies."

Was Russian Intelligence Behind the Hacked Emails?

Assange explained that, if you listen carefully, Hillary Clinton does not claim that the emails released by WikiLeaks were the product of Russian hackers but instead “she has a slight variant on this saying that ‘some documents’” can be traced to Russian sources.

"The difference here is important. Do state actors hack the political organizations of other countries? Does the United States government do it? Absolutely. Do French intelligence, Chinese intelligence, and Russian intelligence hack political parties in order to collect intelligence? Yes. Did they hack the DNC or has at least one state actor hacked the DNC? If you read very carefully they say that they have been hacked several times over the last two years," explained Assange.

The point that Assange was making is that to say that even if Russian agencies did hack US political organizations, as so many countries do although even that has not been established, it is an entirely different thing to say that Moscow then released the documents as opposed to any number of other hackers including both state actors and private hacktivists.

"The Director of National Intelligence of the United States said that both the DNC and the RNC were being attacked by a range of actors from philosophical opponents to states engaged in espionage," said Assange. "Now, the head of the DNI, James Clapper, he is the boss of the boss of the CIA. If anyone knows what US intelligence agencies know, he knows. On Friday he had to come out and say that there is a lot of media hype and that they have no idea what the motivation is even if they knew who it was."

"That is the head of the DNI dampening down ideas that they know who it is," said the whistleblower.

"In the US media that has been a deliberate conflation of DNC leaks and DNC hacks which have occurred several times over the past two years a number of times," explained Assange.

"I think the statement by Hillary Clinton on Fox needs to be directly tackled because it involves us directly. What she is trying to do is conflate our publication of pristine emails… with the publication of information from other media outlets of information from the DNC and that is purported to be the case and that is a series of Word documents and PDFs published by The Hill, by Gorka, and the Smoking Gun."

"This is a completely separate batch of documents from the batch of 20,000 pristine emails that we released. In this batch of documents released by other media organizations there are claims that in the meta-data that somebody has done a document to PDF conversion and that in some cases the language of the computer that was used for that conversion is Russian. That is the circumstantial evidence that some Russian was involved or somebody who wanted to make it look like Russia," said Assange.

"That is not the case in the emails that we released," said the whistleblower once and for all separating fact from fiction and establishing that the public was being misled by the media conflating metadata pertaining to the release of a document or two by other outlets with the massive 20,000 document haul issued out by Wikileaks.

Gulen is 'White House's Trump Card Against Turkey', Will Never be Extradited