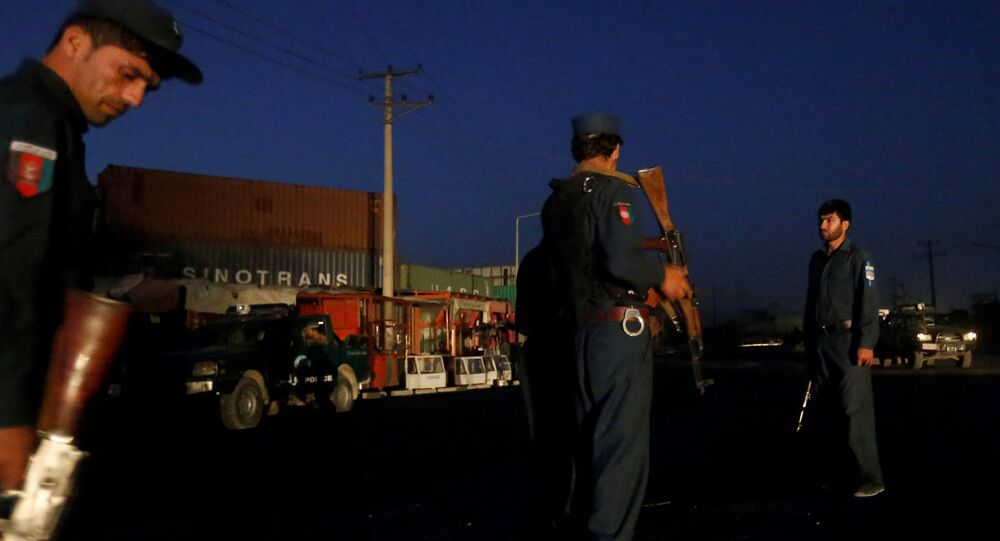 The attack occurred early Monday morning at the North Gate Hotel in the Afghan capital City of Kabul, but there is still no word on the number of casualties associated with the major terrorist strike.

A large explosion rocked the Afghan capital city of Kabul early Monday, knocking out the city’s electricity. Local reporters claim a truck bomb was involved in the incident and said that there was ongoing attack by four gunmen at the Northgate hotel.

​The blast occurred in the middle of the night, at around 1:30 am local time. Some witnesses on Twitter claimed that the electricity had actually gone off in Kabul shortly before, and not after, the explosion.

​The blast has been described on Twitter as being so loud that it woke up people "all over the city."

TOLOnews reports that Afghan security forces have cordoned off the area around the North Gate Hotel.

There is still no word from officials on the total number of casualties from the terrorist attack, who was responsible for the strike, or what their motives were.

The Taliban has claimed responsibility for the North Gate hotel attack in the Afghan capital, local media said Monday.

​Earlier, a truck bomb explosion hit the Northgate guesthouse, located on Jalalabad Road in the Pul-e-Chakri area and frequented by foreigners. Several militants attacked the building after the blast.

"It was a place of luxury for foreigners and hotel was far from civilian homes," the Taliban said, as quoted by the TOLOnews channel.

Afghan security forces have now cordoned off the area, with sounds of gunfire no longer audible.

The attack occurred at Camp North Gate, a hotel that caters to mostly US military contractors serving in Afghanistan. The facility has diplomatic status. It was the target of a similar terror strike at the hands of Taliban militants in 2013.

​It said by local reporters that there have been dozens of casualties although no official figure has been offered.