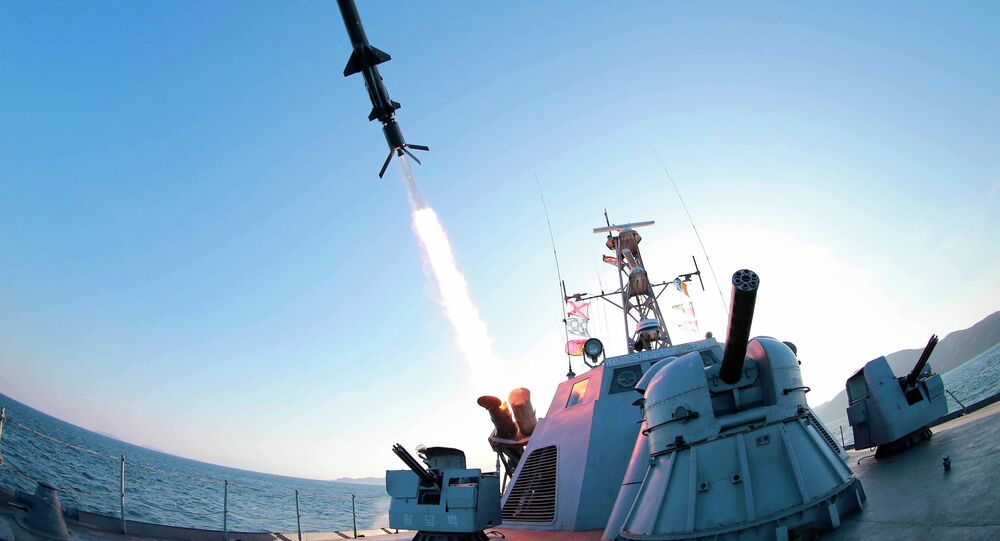 Tensions on the Korean Peninsula are at a fever pitch as rhetoric spouted from Pyongyang’s top brass is even more militaristic than ever before with statements of direct action and declarations of war.

Secretary of the US Army Eric Fanning said on Saturday that annual military drills between the United States and South Korea will move forward as scheduled despite North Korea’s dire warning of a "vicious" showdown if the war games proceed only days after Pyongyang declared war on America.

The commitment to proceeding with the drill follows statements by North Korea’s top diplomat for US affairs saying that the maneuvers are perceived by Pyongyang as open aggression and that the regime of Kim Jong-Un is ready to go to war in response.

The bellicose rhetoric from North Korea is hardly anything new as Pyongyang often resorts to threats every time that the US and South Korea engage in joint military exercises, but the tenor and pitch of recent threats from the so-called Hermit Kingdom are cause for concern as they suggest that Kim Jong-Un is becoming increasingly desperate in the face of mounting sanctions.

Secretary Fanning said in his statement that the US has conducted military drills with South Korea for decades and reassured that "these exercises contribute to stability, they don’t compete with stability."

"Currently, the games are to continue as planned," he said. "We have been conducting exercises with South Korea and with many other militaries in the region for decades. That’s partly what had provided the stability that we have seen since world war two."

He also looked to downplay the magnitude of the wargames in a bid to reassure an increasingly unhinged North Korean regime that they do not face an immediate threat. Maj. Chris Ophardt, Fanning’s public affairs officer, said in an email to the Guardian that the drills are a "routine and defense-oriented exercise designed to enhance readiness, protect the region and maintain stability on the Korean Peninsula."

The military exercises are expected to mirror last year’s drill that involved 30,000 American and 50,000 South Korean troops that resulted in heightened tensions with North Korea in the aftermath of the wargames.

The US currently has more than 100,000 soldiers and civilian workers in the Pacific region representing a substantial increase from 70,000 four years ago. North Korea may also feel that they risk losing their nuclear deterrent and ability to saber-rattle for concessions with Seoul and Washington announcing the deployment of the THAAD missile defense system on the Korean Peninsula.

In an interview on Thursday, Han Song Ryol, director-general of the US affairs department at North Korea’s Foreign Ministry called the US move to put North Korean leader Kim Jong-un on its list of sanctioned individuals had forced Pyongyang to prepare for war with the United States.

Han also said that Pyongyang believes that the joint military drills between the US and South Korea are designed to prepare troops for the invasion of North Korea’s capital to conduct "decapitation strikes" against key members of Kim Jong-Un’s ruling regime.