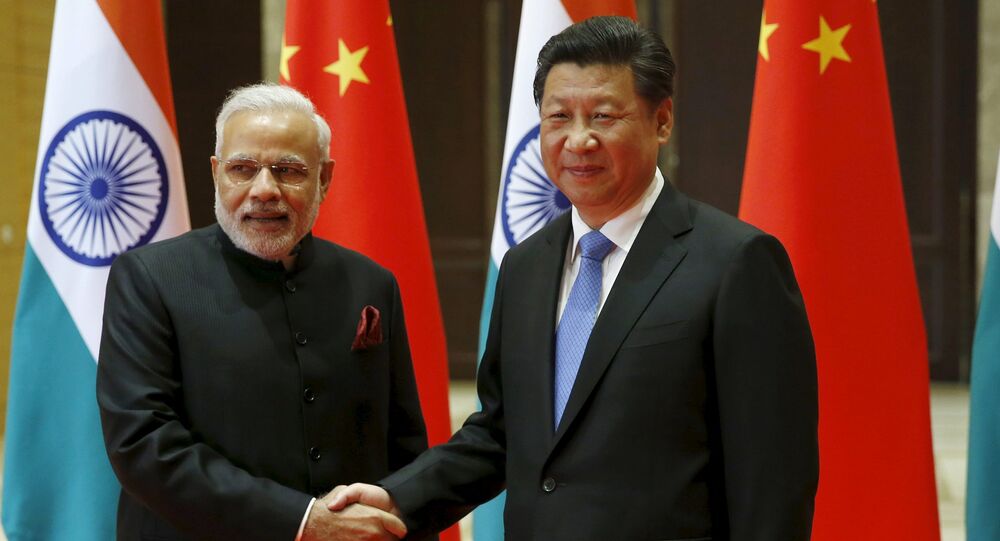 Three journalists have been expelled from India including Xinhua's New Delhi and Mumbai bureau chiefs in what many view as a diplomatic attack against Beijing.

© AFP 2021 / ARIS MESSINIS
Erdogan Hints at Executing 13,000, Exits European Human Rights Convention
The Hindustan Times reports that India has expelled three Chinese journalists working with the Chinese-owned Xinhua news agency following “concerns” flagged by intelligence agencies. The journalists’ visas were revoked and the individuals were banned from re-entry into India – a move that can worsen relations between the two countries at a time when tensions are at a fever pitch.

The journalists must leave India by July 31. The three reporters who were banned from India include Wu Qiang who heads Xinhua’s bureau in New Delhi and Lu Tang who manages the Mumbai headquarters. A third journalist, She Yonggang based out of Mumbai was also evicted.

The Hindu newspaper quoted Indian government sources who downplayed the severity of the diplomatic row saying, "The three journalists had overstayed their visa and subsequently they had received several visa extensions. So we asked them to go back as it is no longer possible to give them visa extensions."

Xinhua’s New Delhi bureau chief says that "no explanation has been given for the denial of visa renewal."

The expelled journalists are experts on Indian and regional affairs. In addition to serving as a reporter, Lu Tang was working with researchers on India-China relations and the other two were seasoned journalists with a long history of covering the region.

The Wire spoke to one Indian official who said, "We were giving them these short extensions as they wanted to stay on till their successor was there, but, since the successor was not here even after months, we gave them a cutoff date."

Some analysts believe that the explanation that the journalists had overstayed their visas, a common practice in the news industry, is window dressing for the real reason for ousting the journalists – a recent military skirmish between China and India as well as Beijing’s growing ties with New Delhi’s arch-rival Pakistan.