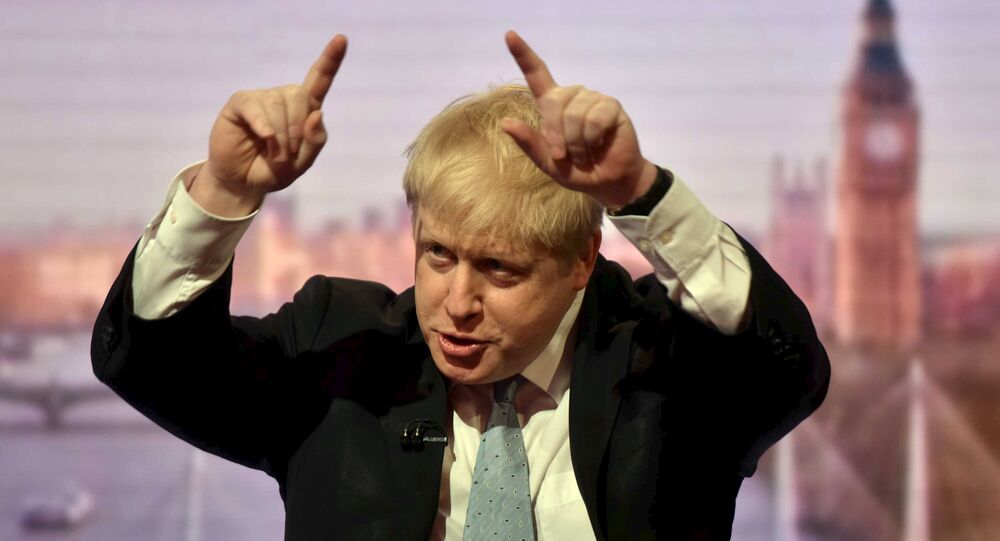 The British Foreign Minister showed once again that he is in over his head impersonating an international diplomat by speculating on the attackers’ background in a fashion that makes the job for German security officials harder.

On Friday, as many as three gunmen opened fire on pedestrians near the Olympia-Einkaufszentrum shopping center in Munich, Germany, killing 9 civilians and injuring many others. One of the gunmen, whose identity remains unknown, has reportedly taken his own life as German police continue to search the city for the other suspected shooters.

Munich police have warned the public from jumping to conclusions as to who is behind the attack or what their motives are, although many initially rushed to judgment that the shooting was perpetrated by Islamic terrorists.

The evidence on the scene, however, is conflicting, with video showing the shooter yelling pejorative statements about immigrants and Turks while also yelling to one shopper "I am German" while the shopper yelled back, "No, you are a wanker." The attack comes on the five-year anniversary of an attack in Norway that killed 77, carried out by ultra-right nationalist and white supremacist Anders Breivik suggesting that Friday’s attack could be a copycat.

By contrast, another witness, cited by CNN, said that she believed one of the shooters yelled "Allahu Akbar" before firing on children – the woman said she knows what that phrase sounds like, as she claims to be a Muslim.

The conflict in evidence creates a tense environment for police and authorities, worrying about misdirected reprisals against the Muslim community in a German society that has grown increasingly hostile to followers of Islam, notably after the country has taken in nearly 2 million Syrian refugees. Authorities have warned the public, the media, and elected officials not to jump to conclusions until an investigation was conducted to determine the shooter’s motives and identity.

Britain’s newly-minted Foreign Minister Boris Johnson, a leader of the Brexit campaign, who has referred to the sitting Turkish President as a "goat f---er," and who accused US President Barack Obama of harboring a part-Kenyan’s "ancestral dislike for the British empire," and said of former US Secretary of State Hillary Clinton that she is "like a sadistic nurse in a mental hospital," also chimed in.

In a statement that immediately sparked international condemnation, Johnson speaking before the United Nations in New York, said in the early hours of the attack that:

"If, as seems very likely, this is another terrorist incident, then I think once again that we have a global phenomenon now and a global sickness that we have to tackle both at the source – in the areas where the cancer is being incubated in the Middle East – and also of course around the world."

​Proving that he is not the adult in the room, the Johnson belligerently ensured that the job of police and security officials in Germany would become more complicated, increasing the likelihood of wrongheaded acts of violent reprisal against innocent people.

By comparison, in a show of proper diplomatic decorum German Foreign Minister Frank-Walter Steinmeier said the motive for the deadly shooting attack in Munich on Friday remained unclear.

"The motives for this abhorrent act have not yet been completely clarified — we still have contradictory clues," Steinmeier explained in an emailed statement.