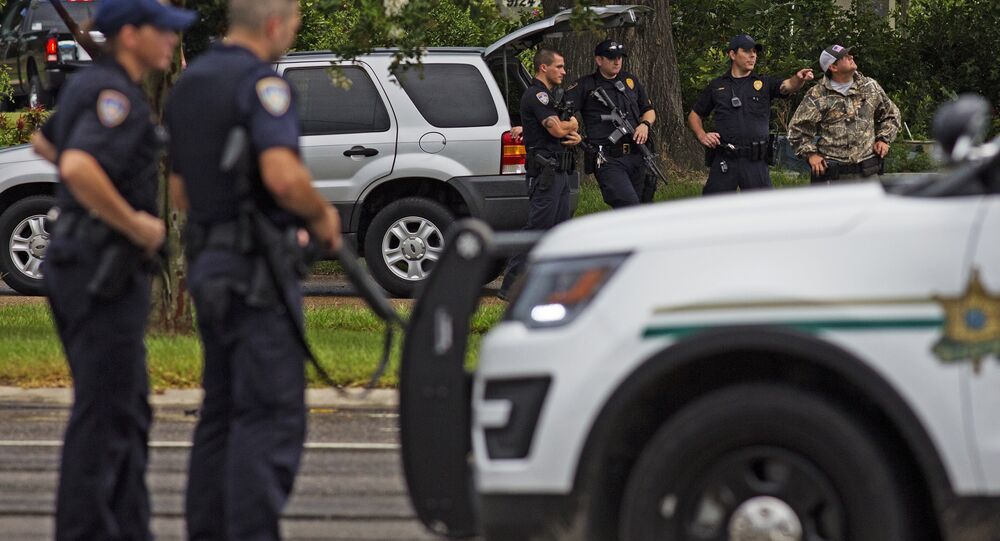 A lone gunmen was responsible for the deaths of three officers and the injury of three others before local police were able to shoot and kill the assailant.

© AP Photo / Emily Schmall
‘Police Purge’: FBI Warns of Plots to Hunt Down and Kill All Cops
The Baton Rouge shooter has been identified as a 29-year-old black male by the name of Gavin Eugene Long who did not live in the area, but rather came into the city from Kansas City, Missouri. Police caution that the shooter's motive is unknown until a further investigation in conducted.

Colonel Mike Edmondson, the Superintendent of the Louisiana State Police began the press conference opening by saying that the office has received a lot of calls to provide support. He said, "we want and need your prayers. Baton Rouge is in need of your prayers."

"The Louisiana State Police is the lead agency in charge of the investigation," said Col. Edmondson. He informed the public that there is no longer an active shooter incident and that there was only one gunmen on the scene. The individual allegedly ambushed police officers responding to an incident shooting several police officers. At that time, EMS ambulances arrived at the scene and police engaged the suspect so that emergency personnel could provide life-saving aide to several of the officers.

The officers were initially ambushed at 8:40am. Officers arrived to provide back-up to the ambushed officers at 8:45am. The suspect was shot and killed by 8:50am in a short, violent shootout.

The Louisiana State Police ask the public to stay away from the area around Airline Highway saying that the investigation has a lot of twists and turns so the police want to be vigilant that there are no other attackers.

The Louisiana State Police will hold another press conference at 1:00pm on Monday to discuss the progress in the investigation.

"It is at times like this that I wish my range of the language was better so that I could better express the pain felt by the state of Louisiana. That these men, risking their lives to protect and serve this community were taken out in the way that they were, they were real life everyday heroes."