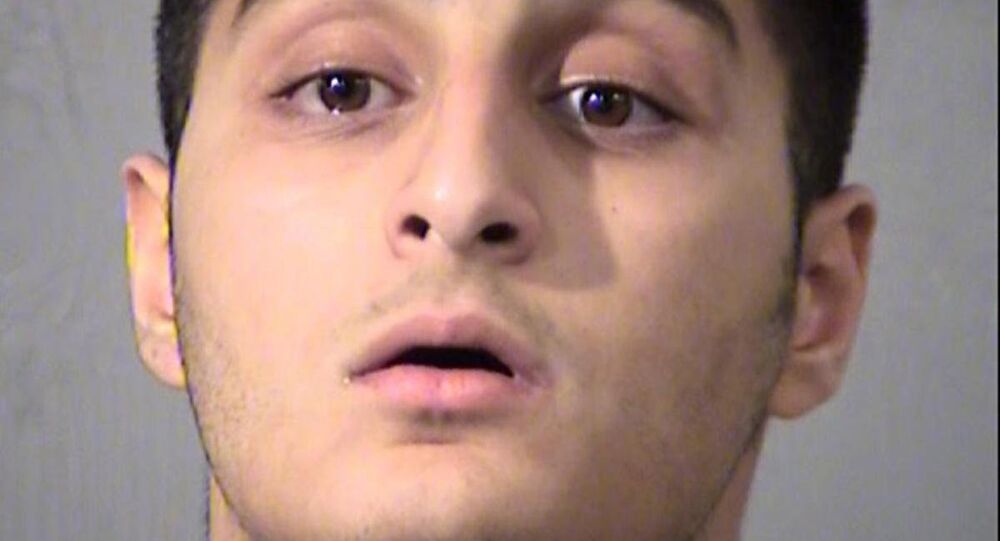 Federal and state law enforcement officials say the unsuccessful terrorist had designs on targeting government offices throughout the state before authorities nabbed him.

The Federal Bureau of Investigation and the Arizona Attorney General’s Office joined forces to apprehend an 18-year-old Tucson man allegedly planning to carry out acts of terror against government buildings in Phoenix and Tucson.

Mahin Khan was arrested in Tucson following an investigation by the FBI’s Joint Terrorism Task Force and was booked into the notorious Maricopa County jail where he will be forced to endure long hours under the sweltering Arizona summer heat often exceeding 115 degrees Fahrenheit (46 degrees Celsius) and as an inmate will be required to wear pink underwear while incarcerated in the facility.

Attorney General’s Office spokeswoman Mia Garcia and FBI officials said Khan’s plans were not centered on the Fourth of July reassuring the public that they can safely celebrate the holidays in public places.

"The Arizona Attorney General’s Office is working closely with federal authorities to keep Arizonans safe," said Garcia. "We are not aware of any threats Khan made that involve the Fourth of July holiday weekend."

The suspected terrorist appeared dazed in a mugshot released by the Maricopa County Sheriff’s Office before being ushered along for an initial court appearance on Saturday. He faces two counts of engaging in terrorism and conspiracy to commit terrorism with the criminal trial scheduled to begin next Friday.

The most recent incident involving a terrorist who has sworn allegiance to the Daesh terror network comes only days before the end of the Islamic holy month of Ramadan during which the group’s leader Abu Bakr al-Baghdadi called on radicalized converts of the 8th century death cult to inflict as much damage in the name of the so-called Islamic State.

The past few weeks have been marred by violence and bloodshed at the hands of the terrorist organization with scores killed in Orlando, Istanbul, Dhaka and Baghdad in the premeditated summer wave of terror.

Friends and family of the thwarted terrorist were contacted by local journalists but refused to comment on Khan’s terror plots or state of mind. The 18-year-old lived in an upscale gated community in northern Tucson and the family was described as quiet and unassuming.