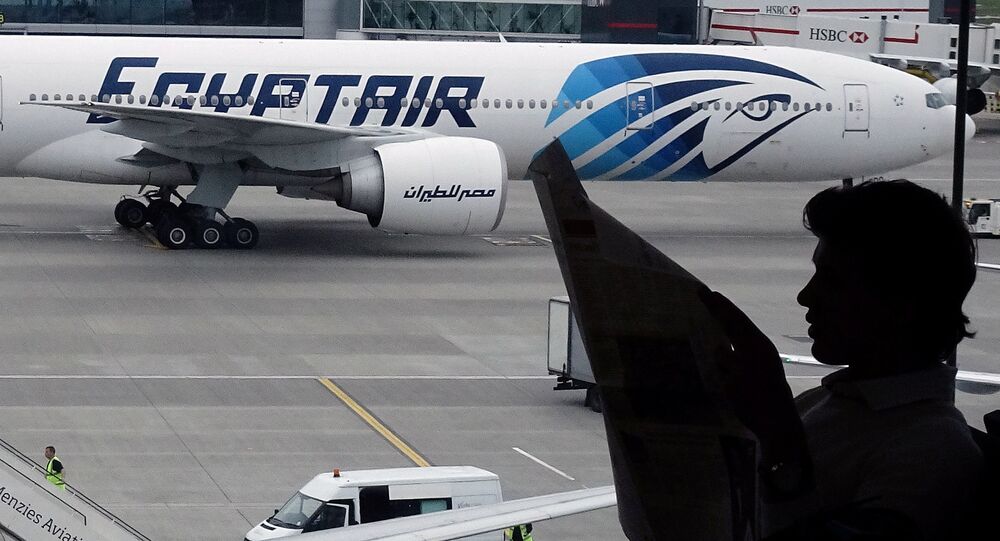 © Sputnik / Maxim Grigoryev
Memorial for A321 Egypt Crash Victims to Be Installed in Leningrad Region
CAIRO (Sputnik) — The investigators are conducting tests on the memory units of the black boxes from the EgyptAir A320 plane, which crashed en route from Paris to Cairo last month, the Egyptian Aircraft Accident Investigation Committee said Sunday.

According to the Committee's statement, the memory cards were removed from the black boxes and dried at the Technical Research Center of Egypt's Armed Forces. This process took eight hours.

"Electrical tests of memory units of the recorders are in progress which will be followed by the data unloading phase," the statement read.

© AP Photo / Thomas Ranner
EgyptAir Wreckage Found in Mediterranean Sea by French Vessel
Representatives from the United States, the country-producer of the aircraft's engines, as well as France are taking part in the analysis of the flight data recorders, according to the Committee.

"It is worth mentioning that John Lethbrige, the vessel contracted by the Egyptian Government to join the search for the plane wreckage, is proceeding its tasks of drawing a map of the wreckage distribution at the bottom of the Mediterranean," the statement said.

The Egyptian Aircraft Accident Investigation Committee said Friday that it may take several weeks to analyze the flight recorders data.

On May 19, the EgyptAir Airbus A320 plane disappeared from radar screens over the Mediterranean Sea, 10 miles into Egyptian airspace. The plane, carrying 66 people on board, was heading to Cairo from Paris.

Egyptian Minister of Civil Aviation Sherif Fathi later confirmed that some debris from the plane and remains had been recovered. The search operation is still underway.