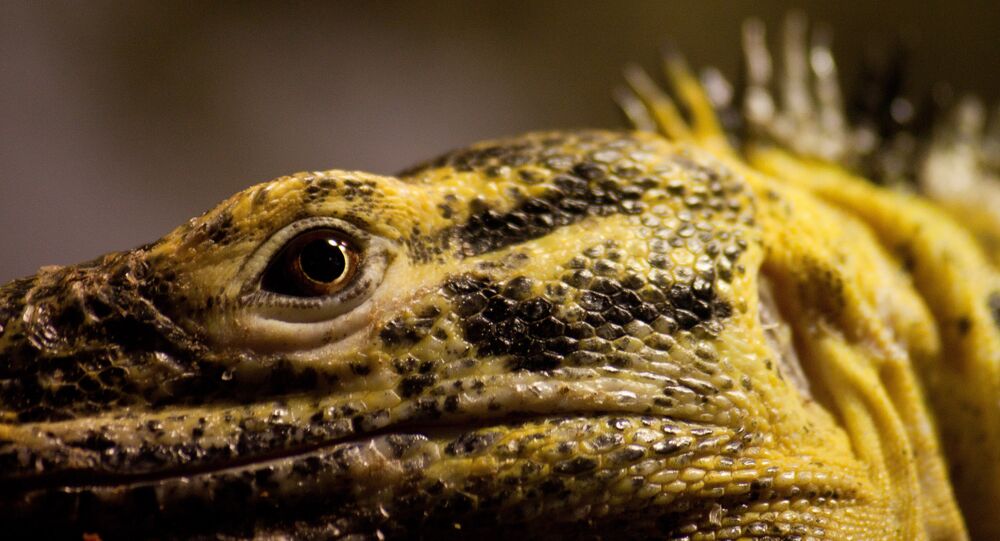 Mark Zuckerberg Is Not a Man Eating Space Lizard, Donald Rumsfeld Might Be

The billionaire millennial went to great lengths to dispel any doubts that the most popular social media outlet is not actually run by malevolent alien reptiles.

Facebook founder Mark Zuckerberg announced before the world during his first Q&A townhall that "I am not a lizard," forever dispelling rumors that he is a shape-shifting, flesh-eating reptile bent on world domination, although the tech magnate did pause to lick his lips in a rather lizard-like fashion.

The billionaire tech entrepreneur was responding to a question posed by a 32-year-old attending the event via social media, who asked, "Mark, are the allegations true that you’re secretly a lizard?"

Zuckerberg laughed as he read the question aloud before responding that, "I’m gonna have to go with 'No' on that," a response that comedian Louis C.K. confirmed only a human could provide.

In 2011, the comedian posed a similar line of questions to former US Defense Secretary Donald Rumsfeld during an appearance on the “Opie and Anthony” radio show.  Conducting a publicity tour for his book, "Known Unknowns," the architect of the Iraq War faced the question of whether or not he is a "flesh-eating" lizard alien.

The questions, asked in jest, were met with a stunning barrage of irrelevant anecdotal stories, misdirection and direct non-answers, raising suspicions among the American people that Rumsfeld may indeed be a malevolent reptilian humanoid wearing the skin of some poor Earthling he had devoured.

The former Bush administration cabinet member refuses to weigh in on the raging debate on to this day.

In 2014, New Zealand Prime Minister John Key was forced to publicly address whether or not he was a space lizard after an Auckland citizen filed an official Freedom of Information Act request. Key seemed somewhat uncertain of his status as a non-lizard.

"To the best of my knowledge, no. Having been asked that question directly, I’ve taken the unusual step of not only seeing a doctor but a vet, and both have confirmed I’m not a reptile," said Key. "So I’m certainly not a reptile. I’ve never been in a spaceship, never been in outer space, and my tongue’s not overly long either."

The theory that most world leaders are pernicious alien reptiles started with books written by UK conspiracy theorist David Icke, beginning with 1999’s "The Biggest Secret."

In his books, Icke alleges that prehistoric aliens – the Anunnaki – created both human beings and a hybrid group of reptilian overlords. The descendants of these beings include Illuminati members, George Washington, Princess Diana, George W. Bush, and numerous infiltrators among the media, the United Nations, and the Trilateral Commission.

The conspiracy theorist claims that his books are non-fiction, but critics question whether Icke himself truly believes his own writing. The author often accuses media pundits who question his hypothesis of themselves being space lizards with the New World Order.

Mark Zuckerberg eventually disarmed the question, calling it "very silly." He’s right. So why won’t Donald Rumsfeld just confirm that he is not a lizard, already?