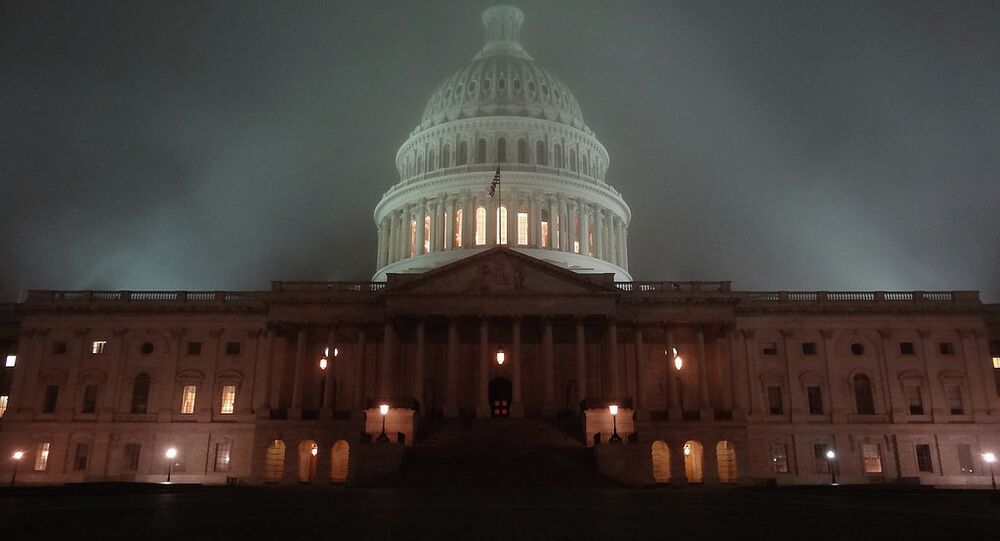 The public has lost hope in the bedrock institutions of America, suggesting that the country may be teetering on the edge of collapse.

In a Gallup poll released Tuesday, 9% of Americans answering the survey expressed confidence in the Republican-controlled Congress to address the country’s challenges, down ten percentage points from one decade ago and ranking last among the 14 institutions measured.

Although rated worse than any other institution in the country, federal lawmakers are not alone in facing mass disdain by a US electorate who increasingly thinks that the system has stopped working. Only the military and police services saw over 50% of respondents express "a great deal" or "quite a lot" of confidence in the job they do every day.

Wall Street faced the largest drop in public approval ratings compared to a decade ago, as the country has failed to rebound from the economic calamity precipitated by speculative excess by the finance industry – banks fell from a 49% confidence rating down to a 22% rating. Recent polling data shows that 8% of Americans have confidence in the broader US financial system.

Similarly, the polling participants have lost confidence in corporate-owned media outlets for their failure to hold public officials accountable or give readers an unbiased truth. Both television news and newspapers fell ten percentage points, to all-time low confidence ratings of 21% and 20%, respectively.

This breakdown in institutional confidence has sparked the emergence this election cycle of Republican nominee Donald Trump, despite a number of controversial statements including, but not limited to, blasting the Pope for being sacrilegious, referring to Mexicans as “murderers and rapists,” calling for an ban on Muslims in the country, suggesting the country enter a technical default to negotiate down its global debt, bringing back mass torture, advocating for women who get abortions to be punished, questioning whether Republican rival Ted Cruz’s father was behind the JFK assassination, and, most recently, hinting that sitting US President Obama may share sympathies and, infact, by tacitly responsible for the violent actions of radical jihadists.

© AP Photo / Mary Altaffer
Russian Hackers Allegedly Breach US Democratic Committee, Steal Data on Trump
Collective popular aggravation also paved the way for Democratic insurgent Bernie Sanders’ historic run, garnering the support of 46% of the primary election vote against Hillary Clinton. The fierce headwinds from the political and media establishment, looking to cast him as racist, sexist, and even a leading force behind the horrors of the Sandy Hook shooting massacre, the characterizations of Sanders have likely contributed to the public losing trust in the corporate media.

The breakdown in public trust in the bedrock institutions of American society will present a major challenge for the country’s next president and leave the governing structure on a vulnerable foundation at a time when the wealthy are celebrating an economic resurgence that has yet to be felt by main street.