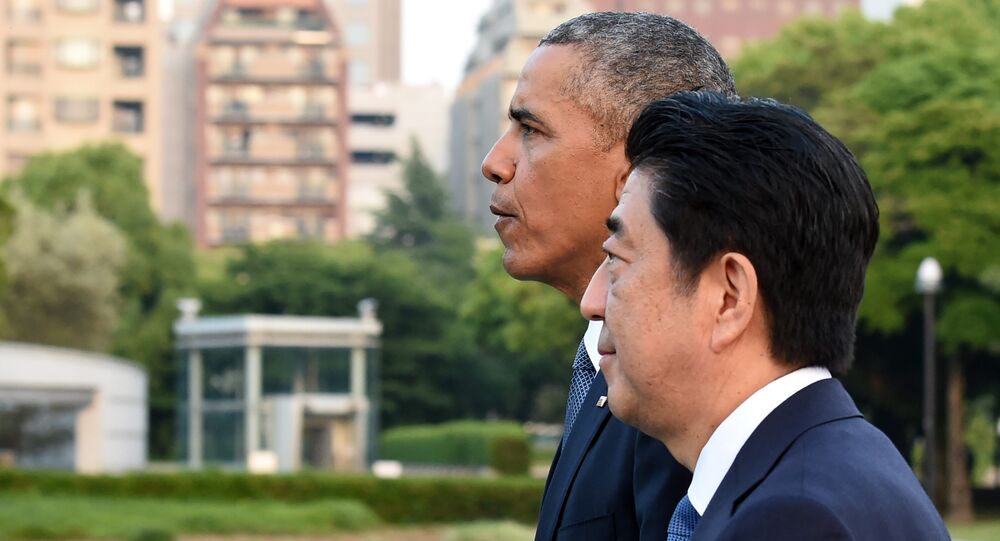 The deal that Tokyo has long resisted threatens to intensify regional tensions and may come at a big cost to American workers and the US military-industrial complex.

One week after US President Obama visited Japan to become the first US President to come close to apologizing for the horrific Hiroshima and Nagasaki atomic bombings at the end of World War II, Tokyo has agreed to the Reciprocal Defense Procurement (RDP) pact, a wide-ranging arms sale agreement between the two allies, long-resisted by many Japanese government officials.

The agreement also represents a major achievement for Japanese Prime Minister Shinzo Abe, who has called for Tokyo to be more involved with the US and other countries in global military affairs, despite the clamoring of the Japanese electorate to limit ties to America and to force out foreign troops.

Although Abe considers the deal to be the crown jewel of his administration, the big winner is the increasingly-militaristic Obama administration, in its bid to contain China’s regional hegemonic ambitions.

That effort has taken on a fever pitch in recent weeks, with the US regularly intervening in the Pacific to limit China’s claim to the contested Spratly and Paracel Islands in the South China Sea, flying routine surveillance missions at the edge of Beijing’s territorial waters, and teaming up with India and Japan for a provocative military exercise on China’s eastern flank.

President Barack Obama has even threatened to force through the controversial Trans-Pacific Partnership (TPP) trade agreement, largely reviled by working-class Americans as a global job-killing race-to-the-bottom program of deregulation akin to NAFTA, as the United States looks to buy influence from potential partners of an Asian counter-alliance to China even if it means outsourcing millions of jobs.

The magnitude of the agreement between the United States and Japan was summed up by one Beltway staffer as, "The implications for two way defense cooperation – particularly in missile defense technology – could be pretty significant."

The congressional staffer added that, "DoD has been trying to negotiate a reciprocal agreement with the Japanese for decades, but the big hurdle has been the ‘reciprocal’ part of this: the Japanese being willing to export technology and their willingness to open up their defense market."

Although the arrangement may initially be a boon for US defense contractors, analyst Joel Johnson of the Teal Group warns, "if you look at trade data, for aerospace civil imports, Japan is one of our largest suppliers, but if you look on the defense side, it’s zero."

Ultimately, the United States agreed to waive the 'Buy America' provisions, treating Japanese companies as if they are owned by American nationals on "everything but textiles and footwear," which could be a major windfall for Japan’s struggling economy at the expense of not only the US military-industrial complex but also the American worker.

Will It Still Be Bernie or Bust After Tonight's Primaries?