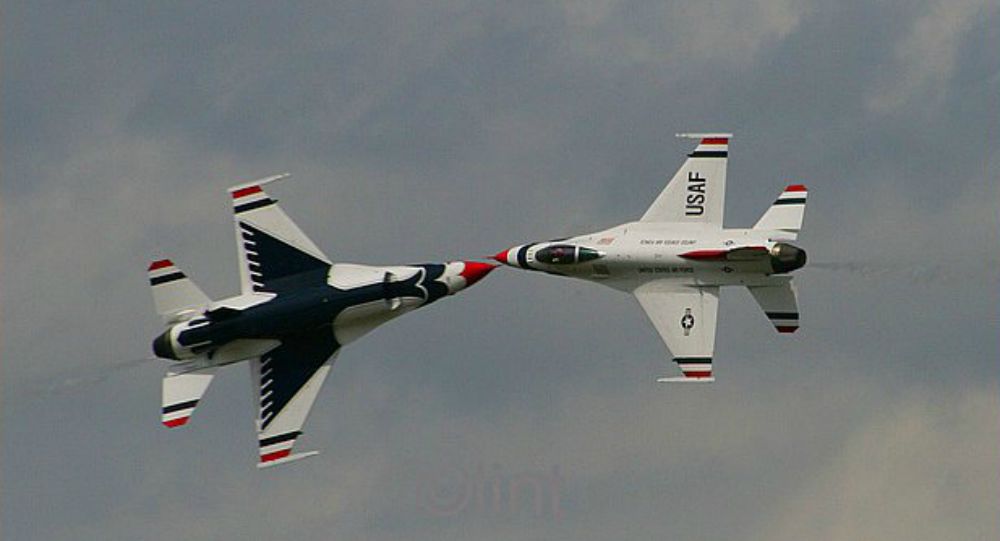 Following a rash of deadly American fighter jet accidents in the last week, the US Air Force believes collision-avoidance software may be a life-and cost-saving solution.

The US Air Force announced plans to explore new technology to automatically redirect F-16 fighter jets on a crash course with the ground in order to save pilots’ lives and preserve the expensive aircraft.

The Auto-Ground Collision Avoidance System, already installed on digital representations of F-16s used in training scenarios, uses algorithms to take command of an aircraft’s flight trajectory and alter its course to prevent collisions.

The initiative to advance the anti-collision protocol received renewed focus after Tuesday’s mid-air collision of two F-16s in South Carolina. The F-16 pilots in the incident safely ejected without injury, but the accident resulted in over $330 million in losses for the US military.

The Air Force also expressed an interest in translating the algorithmic safeguard to other service aircraft beyond the F-16, citing last week’s Thunderbird fighter jet crash during the Blue Angels flyover of the Air Force graduation ceremony and a separate fatal crash that killed vaunted Blue Angels pilot Marine Capt. Jeff Kuss in Tennessee after his F/A-18 fighter jet barreled uncontrollably to the ground.

The problem persists that the anti-collision system may be wrought with glitches, given recent problems with US military aeronautics software. For instance, testing of America’s troubled F-35 next-generation fighter jet, which is projected to cost taxpayers in excess of $1 trillion over the course of its service life, was again delayed due to a pervasive software bug that causes the plane’s internal communications network to reboot itself mid-flight.

The Air Force remains cautiously optimistic that the anti-collision system may be a solution for what officials wryly consider the most deadly and costly problem for American pilots – the ground.

"The vast majority of aircraft that we have lost have been due to a ground collision with the pilot flying the airplane into the ground due to task saturation or flying low level and losing situational awareness," said Lt. Gen. Arnold Bunch, military deputy for acquisition, in an interview with defense publication Scout Warrior.

A separate challenge faced by the Air Force, as fighter jets become faster and more sophisticated, is that American pilots may pass out if the aircraft pulls too many G’s. The on-board pilot override system could solve the g-force conundrum in a bid to stretch the limits of fighter-jet performance.

"With this technology there is now a chance that the pilot can regain consciousness and become situationally aware and prevent flying that airplane into the ground," said Lt. Gen. Bunch.

"We’ve already had examples of individuals and aircraft that we would have lost had we not invested in this so now we are trying to share this technology to get it into other platforms," he stated.